Find more information about our Board of Directors, and their fundamental roles in setting the strategic targets of the airline. 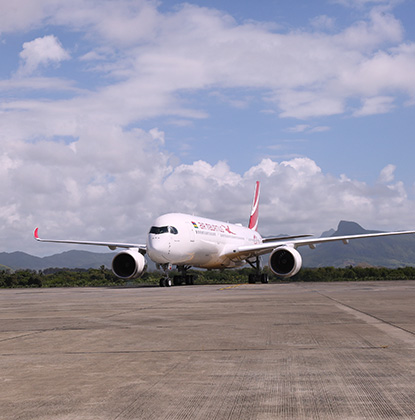 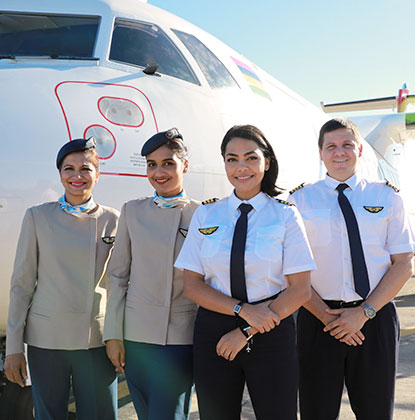 The Board of Air Mauritius is accountable to its shareholders for good governance and holds itself to this task with the utmost sense of responsibility.

The Board is committed to ensuring that the interests of all stakeholders are given due consideration. Indeed, corporate governance, by its very nature, involves balancing the interests of diverse stakeholders in a company; these include its shareholders, management, customers, suppliers, financiers, government and the community at large.

A new Code of Corporate Governance is effective in Mauritius as from 1 July 2017, and the application of this new Code is as from the reporting year ended on or after 30 June 2018. In the company’s case, it has been applied for the year ended 31 March 2019.

The main change brought about by the new Code is that it introduces a principle-based approach. These principles must be applied and the company must explain how the principles were applied (‘Apply and Explain’).

The Board has been meeting regularly during the year. The Board has defined specific terms of reference for its committees.

A statement of the directors’ responsibilities in respect of the financial statements is set out on page 86 of the Annual Report for 2018-19.

All directors receive regular information about the company’s affairs to enable them to discharge their duties effectively at board meetings.

Independent professional advice is available to directors in appropriate circumstances, the cost of which is fully borne by the company.

Nominations to the various committees are made as and when required.

Composition of current board sub-committees:

ROLE AND FUNCTIONS OF CHAIRMAN AND CEO

The Chairman’s primary function is to preside over meetings of directors and to ensure the smooth running of the Board and to preside the company’s meetings of shareholders.

The function and role of the Chief Executive Officer is separate from that of the Chairman.

The main functions of the Chief Executive Officer are, inter alia, to develop and recommend to the Board a long term vision and strategy for the Group, to devise business plans and budgets that support the company’s long-term strategy, to strive to consistently achieve the company’s financial and operating objectives and to ensure that the day-to-day business affairs of the company are appropriately managed and monitored.

Non-executive and independent directors play a vital role in providing independent judgement in all circumstances.

The non-executive directors are drawn from a diversity of businesses and other backgrounds, so as to bring a broad range of views and experiences to board deliberations. Although the Board is presently composed of one executive director, it is of the view that the spirit of the Code is being respected in view of the attendance and participation of the leadership team at board and sub-committee meetings and deliberations on matters including strategy, sustainability, investment and financial performance.