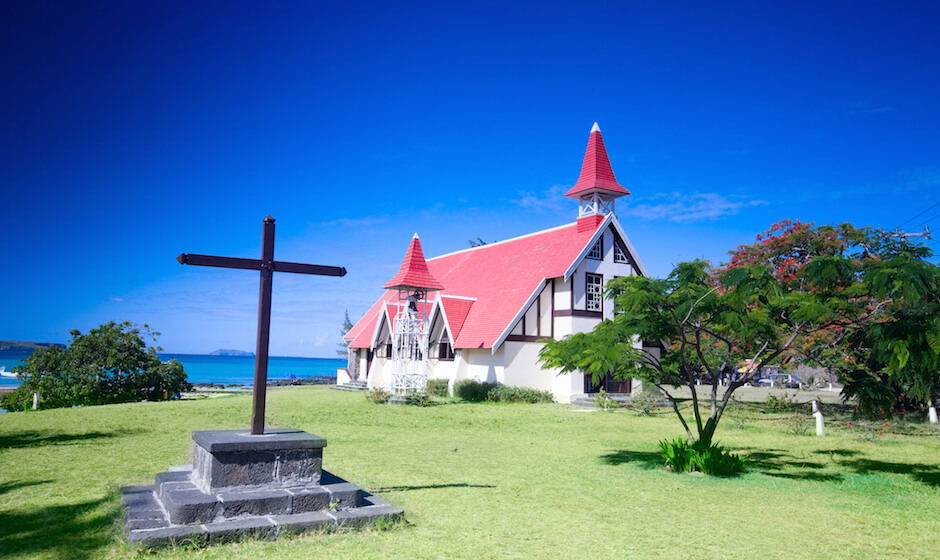 Up in the north coast village of Cap Malheureux lies one of the most well-known and picturesque churches on the island, in a favoured destination for holiday snaps. The Catholic Notre Dame Auxiliatrice church is situated directly at the water’s edge, and its famed red roof is a colourful counterpoint to the surrounding blues and greens of the ocean, lawns and foliage. Stop by in the afternoon and you might catch the local fishermen bringing in their catch, or simply sit for a while and admire tremendous views across to the islands of Coin de Mire, Ile Plate, Ile Ronde, Ilot Gabriel and Ile aux Serpents.

Another of the island’s most recognisable places of worship is Saint Sacrement in Cassis. The building, which began as a chapel in 1948 was transformed into a church after an elderly neighbourhood woman donated a plot of land, eventually becoming a neo-Gothic structure described as a ‘jewel in the plain of Cassis’ by the local bishop. Of the church’s many defining features, two of the most notable are the white marble altar and the interior columns carved with patterns of vines and wheat by talented Mauritian artisans of the period.

Constructed between 1865 and 1870, the General Post Office building on the Port Louis waterfront was decreed a national monument in 1958 by then governor Sir Robert Scott. It’s considered one of the island’s most important national buildings, not least for its architectural standing among 19th century colonial structures, particularly with regard to the five-arch design of its exterior. In 2008, 50 years after its official recognition as a heritage building, a postal museum was established on site which examines the history of the Mauritius postal service from its origins to the present day. 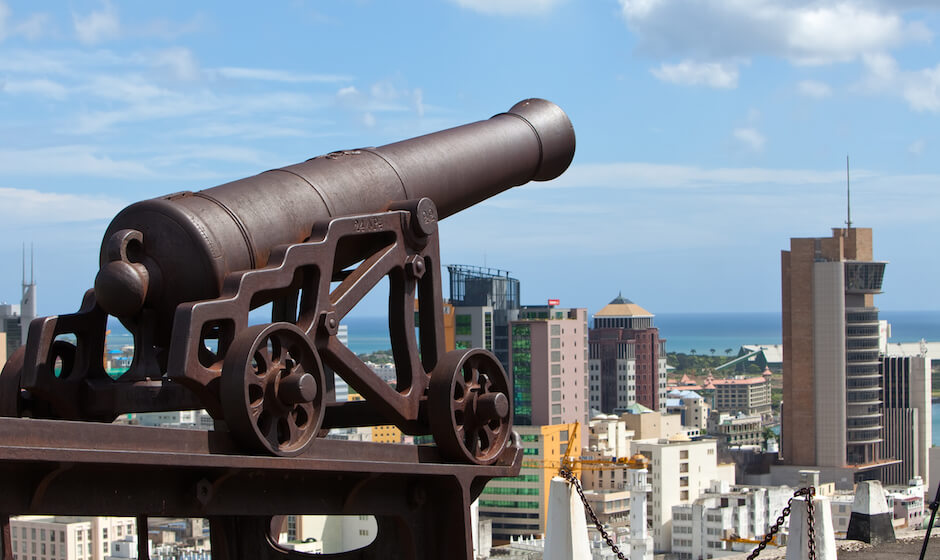 Also known as La Citadelle, the Moorish-style Fort Adelaide was built by the British in 1830 in a strategically important location above Port Louis, as a means of keeping watch over potential incoming enemy ships. However, after its completion a decade later it was rarely used, other than to occasionally house a small garrison. Today, the fort is mainly visited for its panoramic views over the entire city of Port Louis and the Moka ranges, by those who don’t mind the short but steep ten minute climb to reach it.

Long considered the cultural capital of Mauritius, Rose Hill is home to the Plaza complex which houses the Plaza Theatre, along with a library, theatre museum and the Max Boulle Art Gallery. The grand Italian-style building opened in 1933 and remains the largest theatre on the Indian Ocean islands, with the capacity to host up to 1,500 audience members. The first company to appear on its stage was the local Mauritius Dramatic Club who performed English plays including Shakespearean dramas and comedies, although the official inaugural event on opening night was actually a film. In fact, the theatre was run as a cinema for the first year of its use, but ultimately was best known for the many operas and operettas performed there throughout the 20th century. Today, the theatre remains a prestigious cultural venue for both Mauritian and international events.

If you want to see more historical buildings in Mauritius, take a look at our other articles: What is Mauritian architecture, Eureka House and top 10 places in Mauritius you should not miss.