Enjoy this lovely trip to Reunion and Mauritius

We stumbled on a lovely account of a week-long trip taking in the charms of both Mauritius and its neighbouring Reunion, here, by Verena Vogt, on Perth Now.

It captures a real flavour of both places – Reunion first, ‘an outdoor enthusiast’s dream’, with ‘its jungle interior and volcanic peaks rising to more than 3000 metres’ – ‘many of its natural wonders can only be discovered on foot – or by air.’ 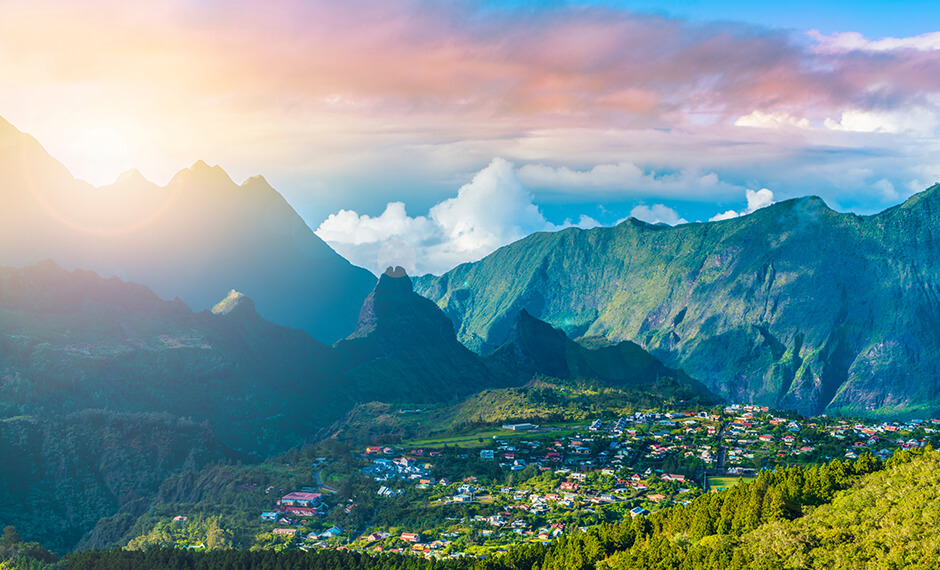 And it talks about its ‘three cirques or calderas; tree-covered valley basins hidden deep inland that were created by collapsing volcanoes’.

Walking on the hardened lava flow from the Piton de la Fournaise at the Grand Brule, the commentator writes ‘The grey landscape has an otherworldly feel, and we detect few signs of life as we walk across the rough elephant skin-like surface’.

It’s a really evocative piece, well worth a stop-off.

‘And everywhere we look, there is vanilla…’

And then, on to Mauritius.

‘Best known for its long, pristine beaches, the former British colony immediately lures us into its warm and crystal-clear sea…’

The piece also describes the LUX hotels – Saint Gilles in Reunion, and Belle Mare in Mauritius, including its ‘red phone box’, allowing ‘free calls to anywhere in the world’ – as well as many other treats, including culinary.

Before culminating in snorkeling off the hotel beach.

‘I watch a parade of fish swim past my face, and after the adrenaline rush of the past week, an unexpected feeling spreads through my body; a deep sense of serenity.’

Savour the piece in full here.