Five of the top churches in Mauritius

With its French and British colonial past it’s no surprise that Mauritius is dotted with Anglican and Roman Catholic churches. We’ve previously written about a couple of the best known – Notre Dame Auxiliatrice in Cap Malheureux and Saint Sacrement in Cassis – in our previous feature on lesser known historical buildings, but today we’re shining the light on some other ecclesiastical gems around the country. 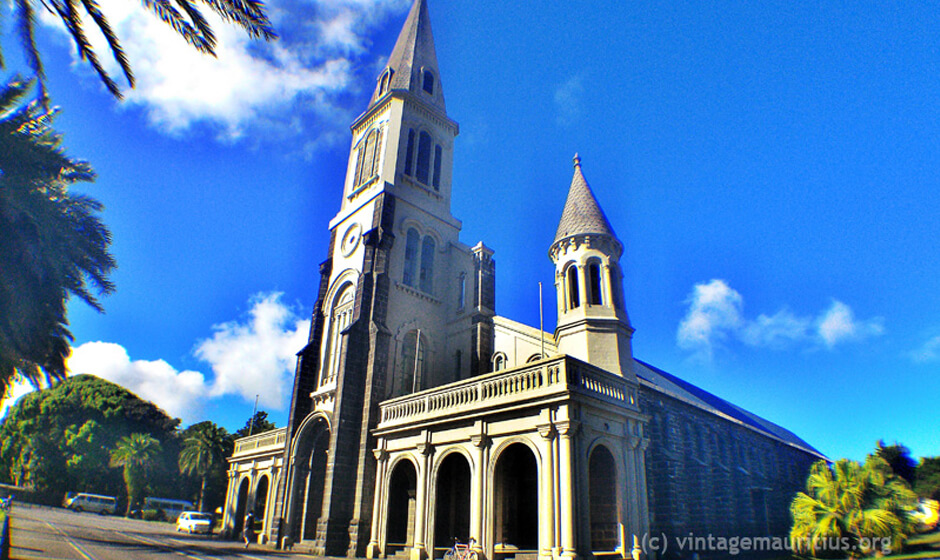 With its tall main spire, two side spires and prominent position on a Curepipe square, the striking Roman Catholic Saint Therese Church has dominated the town landscape since it was completed in 1872. Inside, tall stained glass windows and an impressive white vaulted ceiling create a serene sense of light and space. 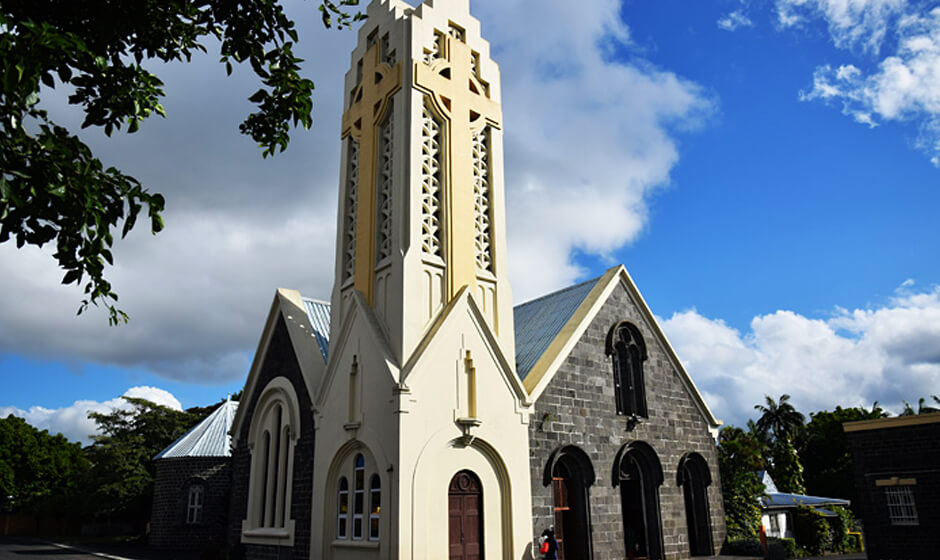 Located on the Royal Road close to La Caverne in Vacoas, Notre Dame de la Visitation was completed in 1864, though its first incarnation was humble compared to what we see today. The building’s major defining feature – its imposing square tower – was not added to the left side until decades later, most likely sometime in the 1930s. 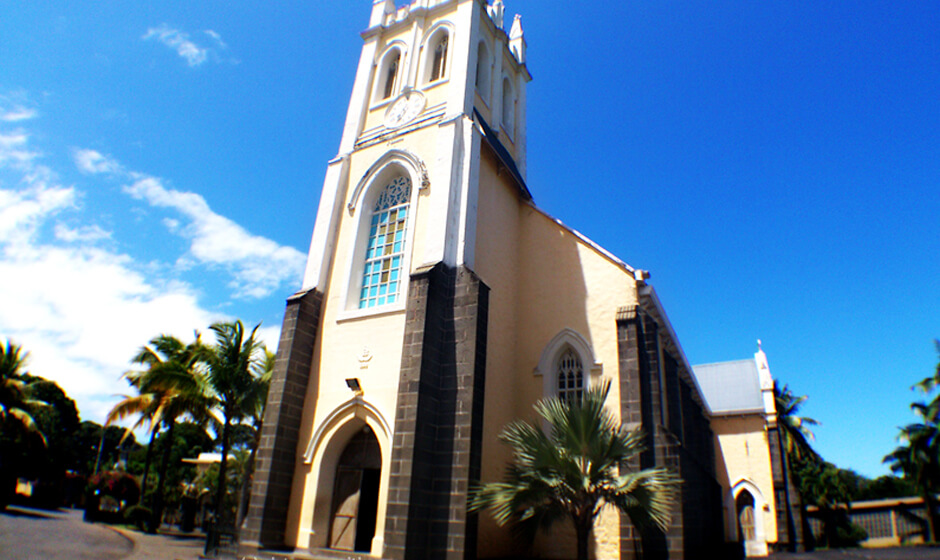 A statue of Père Laval and a gate bearing a ‘Beware of Children’ sign welcomes visitors to the handsome, pale yellow Roman Catholic church of Notre Dame des Anges in Mahebourg. First built in 1849, the church has undergone multiple restorations and repairs over the years but its mighty wooden roof timbers continue to inspire.

Surrounded by pleasant ornamental gardens, this contemporary structure is popular with locals and tourists alike as its hilltop position on the city’s outskirts offers great views. Pope John Paul II officiated his first mass here when he visited Mauritius in October 1989. 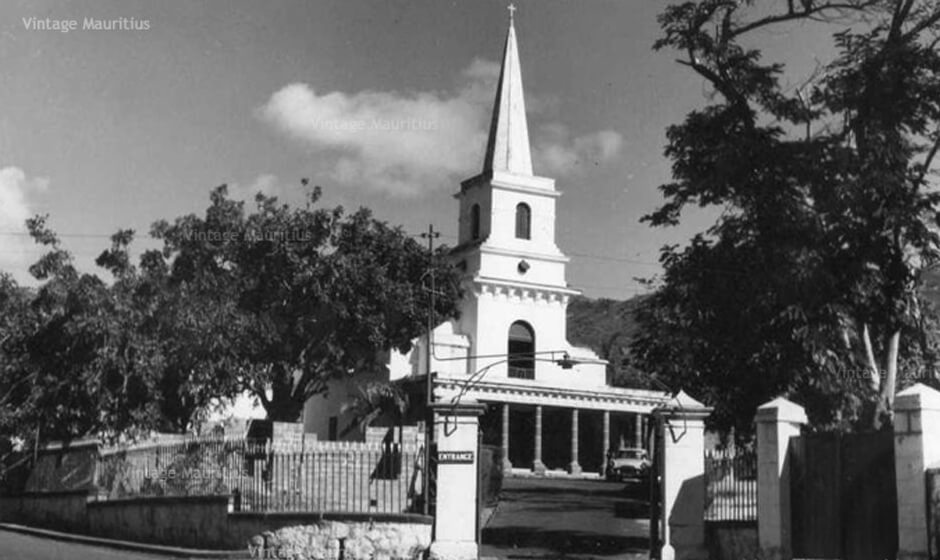 One of the capital’s best known landmarks, the octagonal spire of the Saint James Anglican Cathedral was once used by sailors entering the harbour so they could easily ascertain their position. Opened on Christmas day in 1831, the church grew in popularity so much that two side wings had to be added in 1846 to cater for the ever-increasing congregation. Still standing proud, Saint James continues to be a well-loved emblem of the city.