With an abiding love of simple home cooking, Anoushka Aodhorah wanted to share the variety of Mauritian cuisine with the world – and launched her food blog Peachy Tales to do just that. 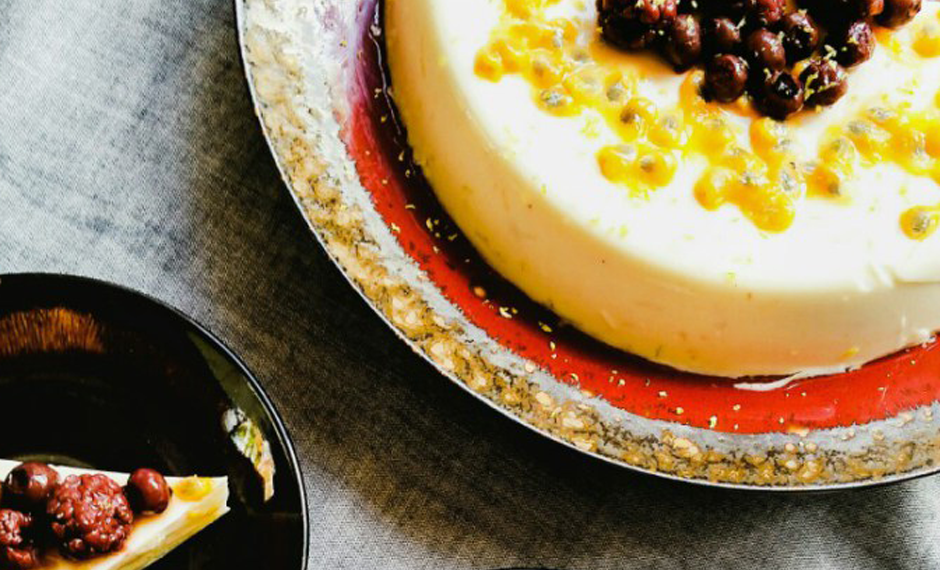 Anoushka’s mantra is ‘homemade is always the best’, and Peachy Tales aims to demonstrate how easy it is to just toss and turn existing ingredients together to create something magical. And living in Mauritius means there’s never any shortage of inspiration. The melange of Indian, Chinese, Muslim and Creole cuisines across the island has led to a fusion of ideas and dishes, dozens of which are detailed on her blog.

Some of our favourite recipes include Anoushka’s crispy taro fritters or gateau ariouille, as well as her chilli cakes or gateaux piments. Both are popular street foods here in Mauritius, but these snacks are just as easy and satisfying to make at home too.

We also love the look of her Mauritian fish curry with aubergines, made all the more appealing by the tantalising photos – take a look. We bet it won’t be long before you’ll be making it for dinner too.

And who could resist the amazing egg-free Mauritian bread pudding with juicy peaches? Bread pudding is a traditional dessert in many countries around the world, all with a slightly different variation on the ingredients and method. Here in Mauritius it is often made with caramelised sugar syrup and dessert cream instead of eggs, and this detailed recipe explains exactly how.

Take a look at Peachy Tales for some homemade Mauritian cooking inspiration, and don’t forget to check out the Flavour section of our blog for more ideas, including how you can learn how to cook home-style Mauritian food for yourself.