Something for everyone this May in London

London is always abuzz with activity. Events, theatre, nights out, exhibitions. Here we give a taster of 10 things happening in London this May. Something for everyone, we hope… 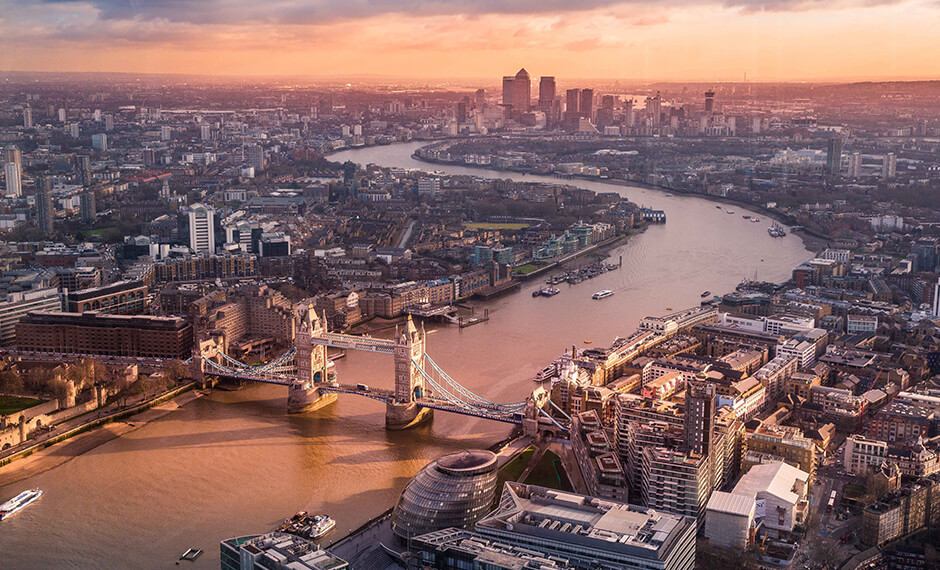 #1. Reopening on 3rd May, the Skylight Bar deserves a visit. ‘The rooftop spot at Tobacco Dock’, says Time Out, promises ‘street food, live entertainment, a platform bar that’s doubled in size since last year and big screens to watch the World Cup and Wimbledon on’. Or you can try your hand at croquet or pétanque…

#2. The Days of Poland Festival is on Sunday 6 May, in Potters Field Park. Family friendly, it includes music, arts and cuisine from Poland. ‘There will also be face painting, giant bubble shows, competitions, Polish national dances and live music from prominent Polish musicians’, says Time Out.

#3. Or why not try the Museums at Night festival, which runs from May 16-May 19 (across the UK)? London highlights include ‘pop-up opera at Trinity Buoy Wharf; a night of ‘Suffragette Gaming’ at LSE; gothic tales and cocktails at Strawberry Hill House and a candlelit tour around Benjamin Franklin House’, says Time Out.

#4. The Sister Brother exhibition runs until 20 May in the V&A Museum of Childhood. It explores the impact of sibling relationships. ‘This set of portraits by Madeleine Waller aims to explore sibling relationships and how they affect our sense of identity’, says the website.

#5. Or what about the Red, Blue, White: Global Colours photography exhibition in Getty Images Gallery? Featuring ‘the vibrant work of 37 photographers from 24 countries’, says Time Out, the exhibition shows there’s more to the colours red, white and blue than the Union Jack.

#6. Of course, the RHS Chelsea Flower Show runs in May – from 22nd-25th. This year’s theme is health and wellbeing, says Time Out, ‘and highlights so far include Sarah Price’s ‘Mediterranean haven’ show garden, Tom Massey’s ‘The Lemon Tree Trust Garden’ inspired by people in situations of forced migration and displacement and Hay-Joung Hwang’s futuristic Eco-City Garden’.

#7. The Writer is a new play by Ella Hickson, playing at the Almeida until 26 May. ‘Romola Garai stars as a furiously ambitious writer’, says Time Out. The play is directed by Blanche McIntyre, and ‘concerns a women looking for a new story, desperate to reshape the world’. Also featuring Michael Gould, Lara Rossi and Samuel West.

#8. Strictly Ballroom the Musical runs throughout May at the Piccadilly Theatre – guaranteed to be a good night out. Baz Luhrmann is the man responsible for the original stage play, then the film, and now the musical. ‘Now it finally hits London in all its fabulousness for 2018,’ says Time Out, ‘with a cast that includes Johnny Laboy, Zizi Strallen and Will Young.’

#9. Sir John Soane’s Museum in Holborn hosts The Return of the Past: Postmodernism in British Architecture, which opens on 16 May. ‘The exhibition will focus on the early, ‘radical moment’ of Postmodernism’, says the webcopy, ‘which it will reveal to be one of the most inventive periods in British architectural history’.

#10. And finally, ‘See the city after dark through photography’: do not miss London Nights exhibition at the Museum of London, which runs from 11 May. ‘London Nights will take visitors on a dramatic, nocturnal study of the capital. From the unexplored to the imagined, from Soho to Sydenham, see stunning images of a city illuminated by limited natural and artificial light…’. A must-see for every lover of London.