The story of Mauritius in maps

Known as Dina Robin after its discovery by Arab sailors, Mauritius was first colonised by the Dutch in 1638 and populated by a wave of traders, merchants, indentured labourers and slaves. One of the earliest known maps of the island, published in Amsterdam in 1659, shortly after the Dutch arrived, bears little resemblance to the teardrop-shaped outline we recognise today. [1] 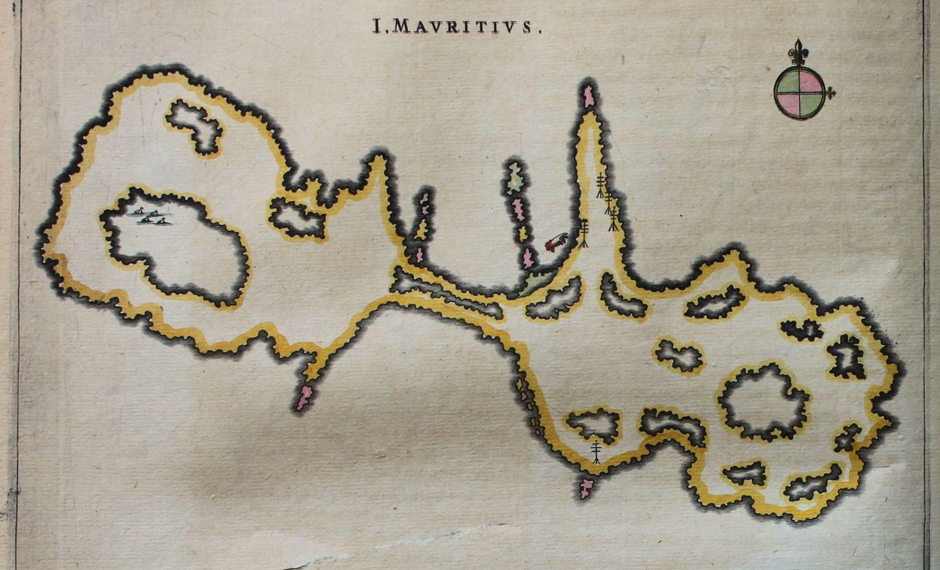 It was to be a short-lived colonisation. The Dutch abandoned the island less than a century later – despite having named it after their own Prince Maurice of Nassau – and it was re-named Isle de France by the French, who claimed the nation in 1715, as depicted in an updated map from that time. [2] 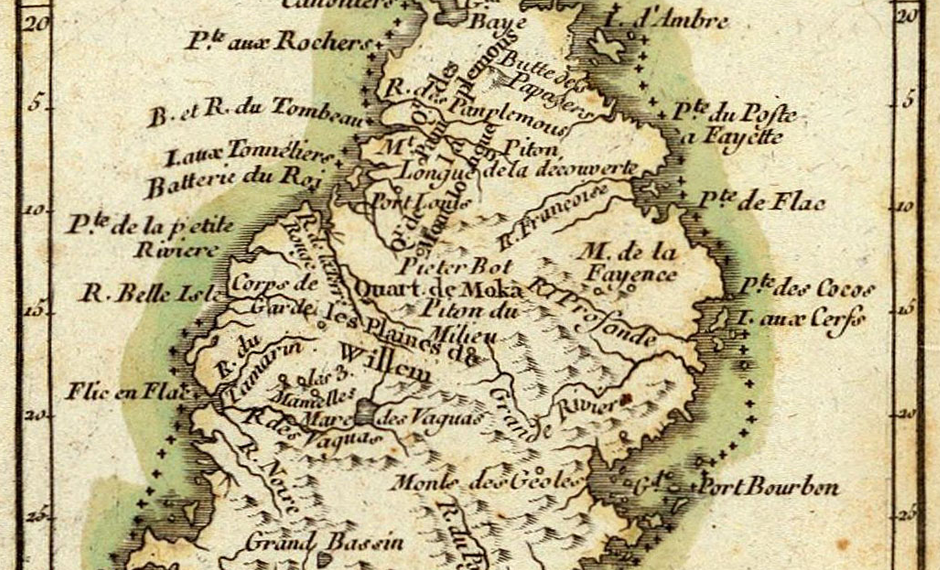 A more simplistic portrayal published in 1781 [3] shows Mauritius alongside its Indian Ocean neighbour Réunion, then known as Isle de Bourbon. Another, more detailed map [4] dates from 1763, and despite all being produced within the same few decades it’s interesting to note how far the two below differ from the one above – and each other – in terms of accuracy, with the above map much closer to the precise satellite maps we use today. 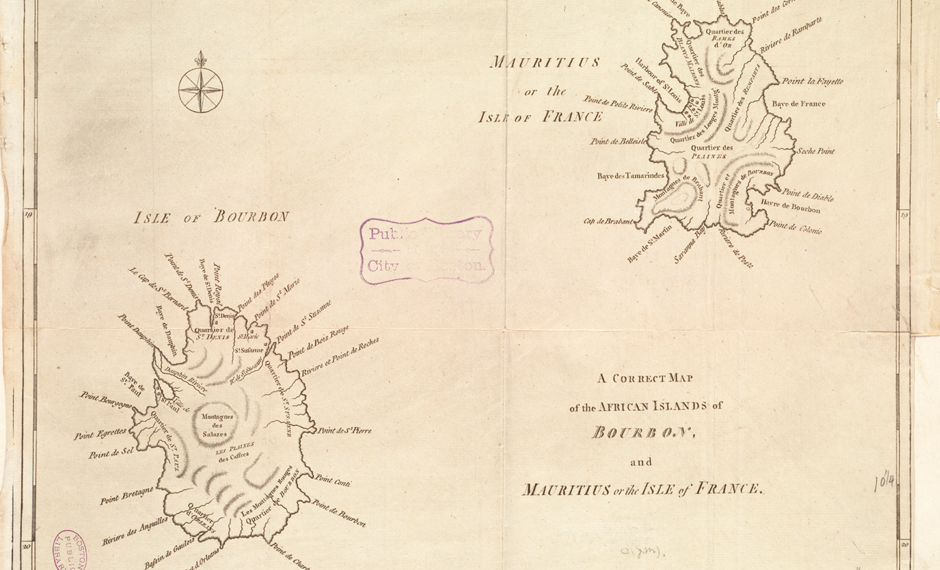 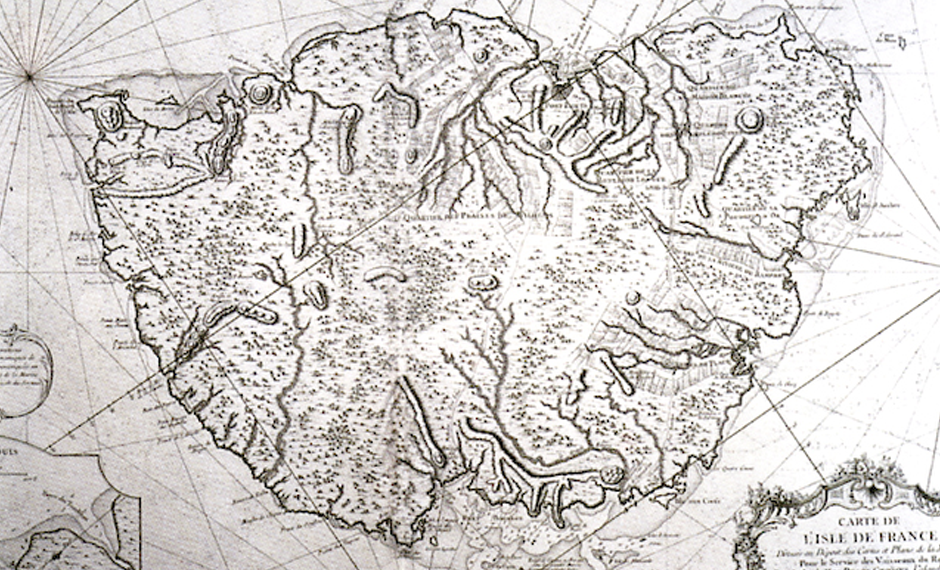 By the 19th century, Mauritius had become a British colony after the island was captured at Cap Malheureux in 1810. The Abolition of Slavery Act was finally implemented in 1835, and though the vast majority of slaves left the plantations they’d been forcibly working on, the workforce was more or less replaced by indentured labourers, most of whom arrived from India over the next few decades.

The map below was published around this time, in 1880, and shows a huge advancement in terms of topography detail and exactness, as well as depicting all the different provinces and plantation estates. [5] 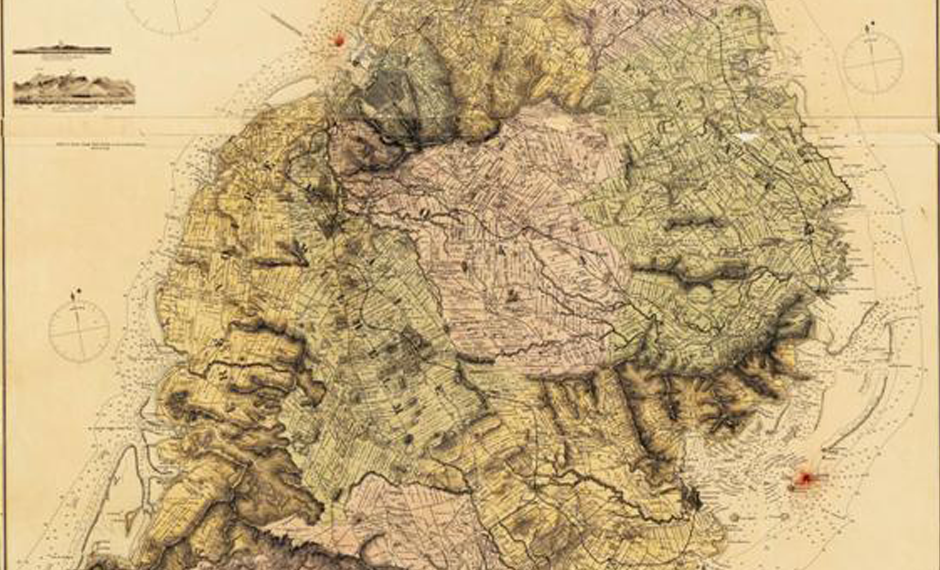 Indentured labour was abolished in 1910, by which time more than 450,000 Indians had arrived in Mauritius to work on the sugar plantations. The first Indo-Mauritians were elected to government in 1926, and the seeds of an independence movement were laid by the late 1940s, when the new constitution gave the vote to many Creoles and Indians for the first time, including women.

In 1967, when power was won by a coalition of pro-home rule parties, the path to independence was in place, and Mauritius became an independent state in March 1968. Our final map, from 1990, depicts the island as we know it today, with its roads, built-up areas and district boundaries clearly marked – ready to lead us into the 21st century.[6] 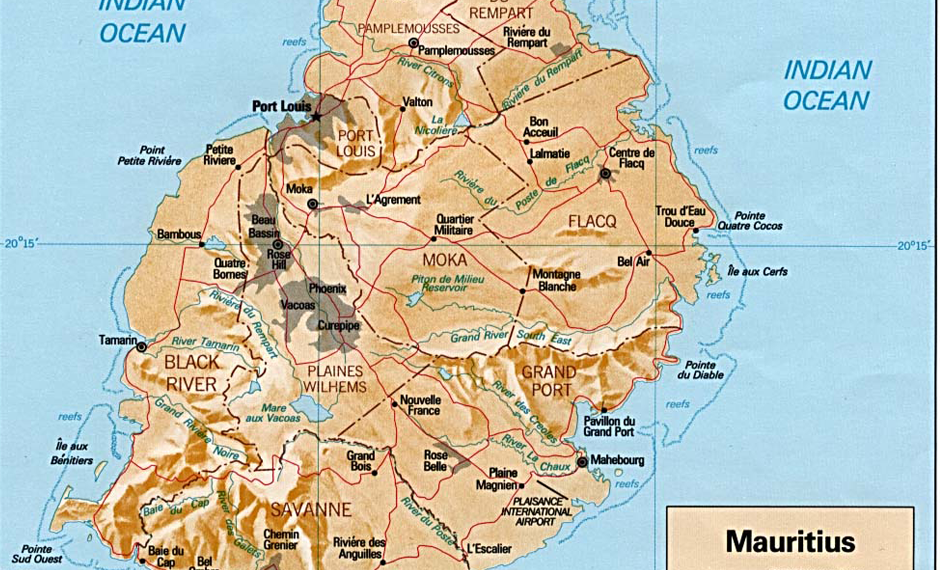