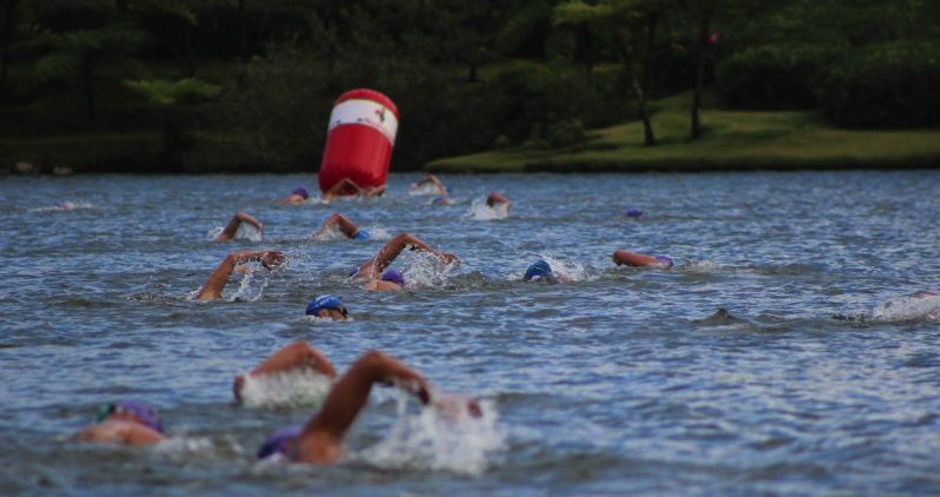 The first XTERRA Mauritius took place on 24 May 2014 with Sam Gardner and Karyn Southgate taking the titles this year.

Following on from the success of the Mauritius Get Muddy triathlon in 2013, this year’s event was selected to be part of the 2014 XTERRA World Tour – a global off-road multisport competition.

Presented by Outrigger Mauritius Resort and Spa, the event played out around the grounds of the Bois Cheri Tea Musuem - a location which is certainly challenging for the athletes, but allows spectators and supporters to sit back and enjoy the event from the comfort of the tea rooms and restaurant.

The race began with three laps (1.5km) of the Bois Cheri lake – a volcanic crater – followed by two laps of a hilly 17km mountain bike course across tea fields, and a further two laps of a 5km trail run through the grounds of the Bois Cheri restaurant – a course which includes lots of difficult undulating terrain and a couple of water crossings.

Winners in each age group get the opportunity to qualify for a coveted spot in the prestigious XTERRA World Championship in Hawaii in October, and the chance to compete alongside winning XTERRA athletes from as far afield as Sweden, Canada, Malaysia and New Zealand. But more importantly, the event promotes values of community, camaraderie and adventure among those taking part, raising awareness of the benefits of a healthy outdoors lifestyle for all ages.

The XTERRA triathlon format – which combines swimming, mountain biking and trail running – first began in Hawaii in 1996 with a single race. This evolved into the XTERRA World Tour, which now promotes over 100 races across 24 countries, giving athletes the chance to compete in some of the most incredible and challenging landscapes on the planet.

Read more about the action at this year’s Xterra Mauritius on Beyond Going Long.