Did you know that there exists in Africa a large town, historically interesting, agreeably cosmopolitan and culturally enriching, all of which make it a very alluring tourist destination? The town is Dar es Salaam whose name in English means house of peace. You don’t absolutely have to visit a paradisiacal island to enjoy a beach of white sand edged with coconut trees. Tanzania offers an interesting alternative and can even be combined with a business trip - a very attractive proposition. 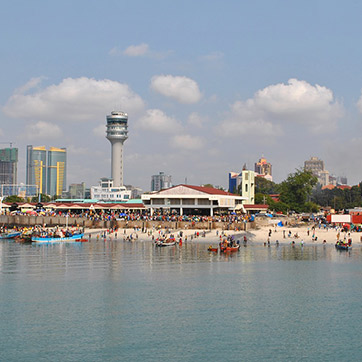 Dar es Salaam, previously the capital of Tanzania, remains the financial and industrial centre of the country. Its expansion has been rapid and today it is home to nearly 5 million inhabitants, as well as being the main port of the region. The temperature never drops below 19 degrees in the middle of Winter and rarely rises above 31 degrees in Summer, making it an ideal destination for a holiday or a long week-end getaway. 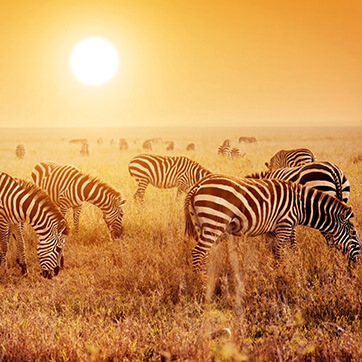 In the Dar es Salaam National Museum and House of Culture, dedicated to the history of Tanzania, you will see bones of the Paranthropus boisei, an ancestor of man who may have been the first to use tools made of stone. A real treasure among many others, including Chinese pottery and George V ‘s car.

The Tinga Tinga Art Centre, not far from Oyster Bay, bears the name of the Tanzanian artist whose style has become a reference in East Africa. His work typifies the pictorial art of the region, ranging from the abstract to the naïve and including cultural scenes, all of which delight visitors. Paintings are on sale as from 99 USD.

Jacarandas, tulips and coco de mer (a variety of coconut from the Seychelles) have been grown since the 19th century in the Dar es Salaam Botanical Garden on Samora Avenue. This small garden contains a surprisingly varied collection, with paths to walk around and peacocks providing bursts of colour. https://www.tingatingaart.com 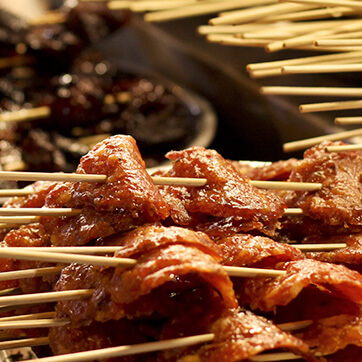 Although many restaurants offer cutlery, eating with your fingers is normal practice in Tanzania and it is common to see people plunging their right hand (and the right one only..) into a plate of rice.

To sample Nyama Choma, meat roasted on the grill, you have to be patient as you often choose your piece of meat (usually goat) and wait for it to be cooked.

Sellers of coffee, toasted corn-on-the-cob, meat brochettes or chapatis are frequently seen around the town. Street food is one of the unmissable strong points of Dar, as it is affectionately known by its inhabitants. 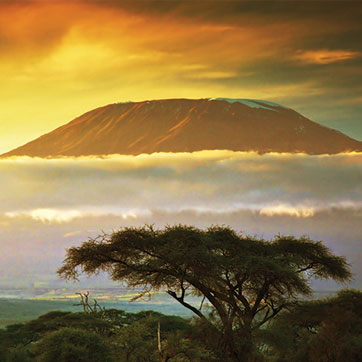 The town is also a good place from which to embark on various adventures on Tanzanian territory. For safari enthusiasts, encounters with zebras, giraffes and elephants can be planned over several days. The same applies to excursions to impressive natural surroundings -waterfalls, craters, lakes - and why not venture as far as Kilimanjaro? There is something for all tastes and budgets!

The big attraction however is still Zanzibar. Who has not dreamt of waking up there one day? Even Jules Verne made it the starting point of his book “Five weeks in a balloon”. A shuttle service between the town and the island takes less than two and a half hours, so it is possible to either spend a day there or have a longer stay. On the programme: turquoise sea, pristine beaches, luxury hotels, scuba diving – plenty of opportunities to prove yourself in the art of farniente!

Air Mauritius operates one direct flight per week between Dar-es-Salaam and Mauritius on Saturdays.

Visit and explore the city of Dar es Salaam

Book a direct flight from Mauritius to Dar-es-Salaam today

Network beyond MauritiusFor your beyond travel to Australia, Europe, India and the Indian Ocean Islands, we advise you to try our convenient routing via Mauritius and enjoy an exotic stopover, combine a two-centre trip or holiday to Far East with Mauritius.

Check our Route Map for details.