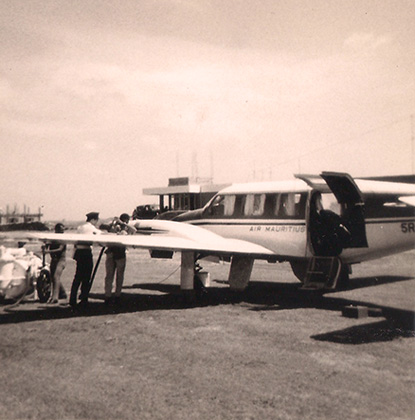 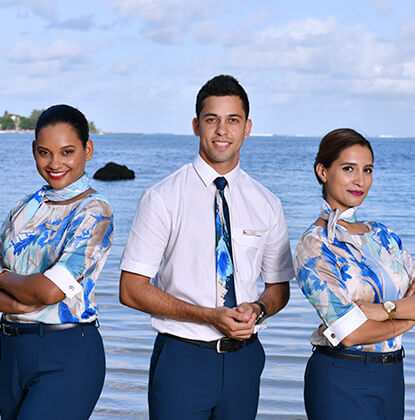 Created in 1967, Air Mauritius has helped in connecting the world to our paradise island. With flights to and from Europe, Asia, Australia, and Africa, our company now serves 22 regional and international destinations. 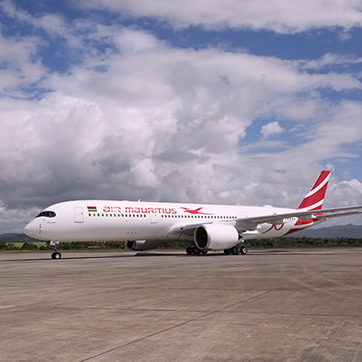 SERVING PASSENGERS FOR OVER HALF A CENTURY

Air Mauritius was incorporated on  14 June 1967, a few months before the country became independent. Over more than 50 years, Air Mauritius has carved out a key role as the national airline of Mauritius, providing air connectivity that has been crucial for the development of the island.

Air Mauritius has also provided an important channel over the years for tourists looking to visit our paradise island with direct connections from multiple destinations in Europe, Asia, Australia and Africa, boosting the island’s economy.

OUR ISLAND IN THE SKY!

More than just an airline, Air Mauritius acts as an ambassador for Mauritius. We epitomise the spirit of this country and its people on each of our flights with the special attention that our Mauritian crew provides, together with delivering a range of quality services.

Air Mauritius offers quality products and services to its customers which are derived from the common brand DNA that we share with the world-class tourist destinations we serve. Our airline has been rated 4-Star by the rating agency - SKYTRAX.

Your safety and security are our top priority. Hence, Air Mauritius adheres to the strictest standards of safety and our operating standards are compliant with the IATA Operational Safety Audit (IOSA).

Besides, in addition to being certified as a duly approved Mauritian Department of Civil Aviation (DCA) Maintenance Organisation, the airline is also European Aviation Safety Agency (EASA) compliant which means that we can undertake the maintenance of aircraft registered in Europe.

Air Mauritius has over the past decade evolved from a point-to-point to an origin-and-destination (O&D) network which offers more choice to our passengers through the hubs we operate with our partner airlines. Air Mauritius flies direct to 23 destinations in 4 continents and also offers more than 100 destinations through our partner airlines. Our service to Europe has also been reinforced with seasonal flights to Geneva.

Read more in our Destination section.

By withdrawing from low density routes and serving them through hubs, the airline is better equipped to densify routes to key gateways on the network. This creates more choice and flexibility for our customers as the enhanced network structure provides for a greater number of seamless connections, higher frequencies and more flexible schedules. As a result, Mauritius is becoming a more attractive option for passengers in the region to connect with a wide choice of destinations. 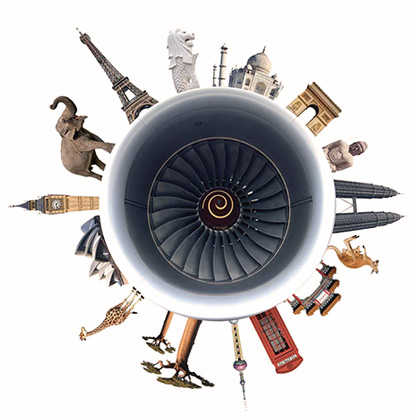 SERVING PASSENGERS WITH A BEST IN CLASS FLEET

Investments in the modernisation of the fleet to bring about greater efficiency while offering to our customers a substantially improved product.

Two Airbus A 330neo have been delivered in April and June 2019, adding to the two new A350-900 received in 2017 and bringing our total fleet numbers to 14. The aircraft order also includes more A350-900; due to be delivered by 2023. The cabins of two existing A340 and two A330 are being refurbished to offer a homogenous product throughout our network.

Read more in our Fleet section.

REINFORCING THE ISLAND ECONOMY AS AN INTEGRAL PILLAR

Air Mauritius is now well established as a driving force of the Mauritian economy and is particularly a crucial pillar of its tourism sector. As a leading employer of the island economy, Air Mauritius provides for around 3,000 Mauritian jobs. Moreover, our company has always remained economically autonomous in spite of a tough operating environment.

Finally, with 40,000 tons of cargo carried annually, Air Mauritius also plays a key role in the economic development of Mauritius.

Read more in our Cargo section. 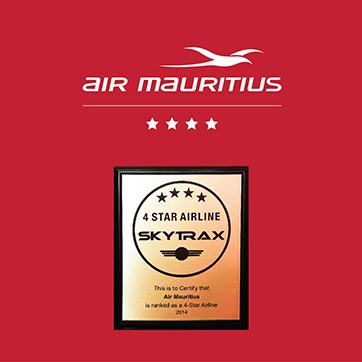 SKYTRAX 4-STAR COMFORTS WITH A MUCH AWARDED AIRLINE

For the high quality of its service on the ground and in the air, Air Mauritius has not only been rated a 4-Star airline by SKYTRAX but has also received several international awards recognising the value rendered to our passengers, including several distinctions at the prestigious World Travel Awards for Leading Airline.

The airline operates a two-class configuration on its flights - Business class and Economy class. The service on the ground matches the same standards of excellence as on board, with the airline operating an award-winning lounge, the Amédée Maingard lounge, at the SSR International airport Mauritius, our home base.