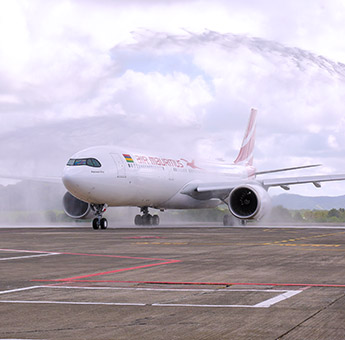 We invite you to experience our journey as an Airline since 1967 with select milestones unfolded below, that have helped define who we are today – a national airline with over half a century of history behind us.

Air Mauritius was incorporated in 1967. The national airline of Mauritius was born just months before independence, from the dream of an emerging nation to deploy its wings and fly to new horizons. 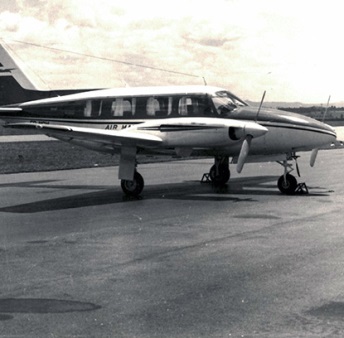 Until then, Air Mauritius mainly operated as a ground handler. The six-seater Piper Navajo was the first aircraft that flew the colours of Air Mauritius. It was registered in Madagascar and operated flights between Mauritius and Rodrigues as from 13 September 1972.

Long haul operations started in November 1973 with weekly flights on the Mauritius-Nairobi-London route operated by a Super VC10 leased from BOAC. Air Mauritius also started joint operations with Air France to Paris and with Air India to Bombay that year. 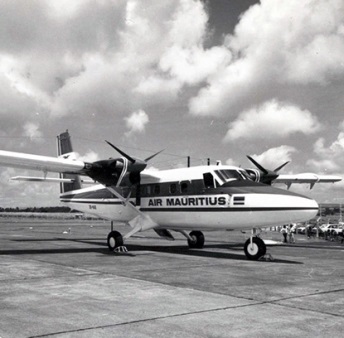 A 16-seater Del Havilland Twin Otter was the first aircraft purchased by Air Mauritius in February 1975. It replaced the Piper Navajo and operated the Reunion and Rodrigues routes. 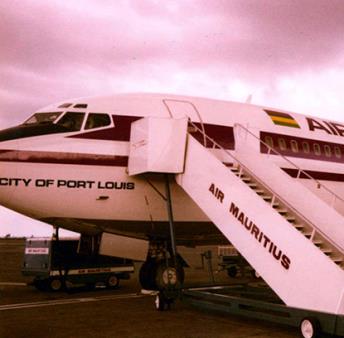 Another league – The first jet in Air Mauritius livery

Air Mauritius began services to Europe using a Boeing 707 jet leased from British Airtours. The aircraft was in the Air Mauritius livery and registered in the United Kingdom. The Boeing 707 was an iconic airliner, which introduced jet travel to a much larger public worldwide. 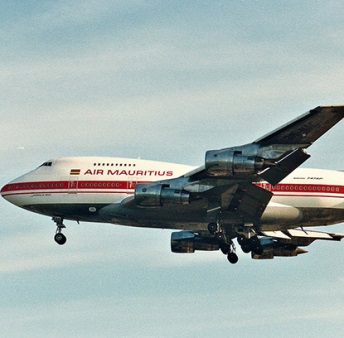 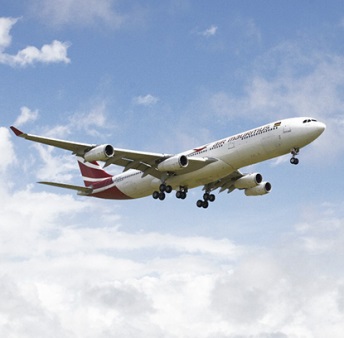 The Airbus fleet - An era of growth

The Airbus era began with the reception of two Airbus A340-300. It was an era of rapid growth. With its Airbus fleet, Air Mauritius accompanied the country during its golden years when economic development became synonymous with air connectivity.

2008 saw an evolution of the Air Mauritius visual identity. It was not a total departure from the previous one but rather deliberately built on the latter’s strengths.

2008 was also a year where the global airline industry went through turbulent times with cycles of economic crisis, volatile fuel prices and a string of external shocks. Air Mauritius showed remarkable resilience and has now emerged as a robust airline using its own internal resources. 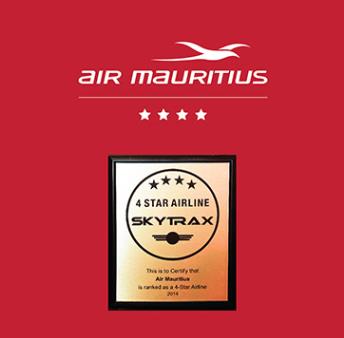 On 8 July 2014, Skytrax awarded Air Mauritius the prestigious 4-Star professional quality rating. This took Air Mauritius to an elite group of only 35 airlines worldwide having obtained this rating. 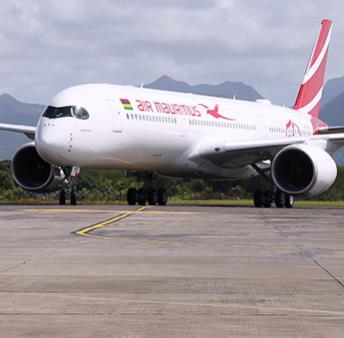 2017 was a landmark year in many respects. The national airline of Mauritius celebrated 50 years of serving passengers and made some massive investments that would determine its future.

The re-fleeting programme started with the delivery of the new generation aircraft, the Airbus A350-900 XWB. The features of this state-of-the-art aircraft offers an enhanced passenger experience.

Air Mauritius took delivery of its two new generation wide body A330-900neos. With this delivery, Air Mauritius has now set a new benchmark as the first A330-900neo operator based in the southern hemisphere, and the first airline in the world to operate a combination of both the A350-900 XWB and A330-900neo.