3 of the top surf spots in Mauritius 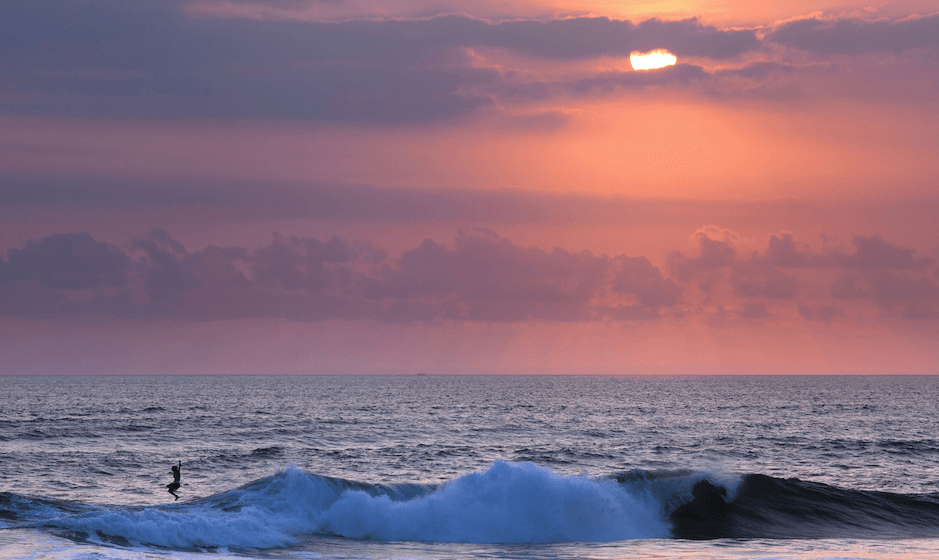 If you ask someone the first thing that comes to mind when they think of Mauritius, they’ll probably say something related to beaches. And who can blame them – our shimmering stretches of pure white sand lure travellers from around the world.

But less well known is the sheer variety of water sports on offer for those who want to venture beyond the sunbed – with surfing no.1 on the list of many active visitors.

So whether your aim is to perform a perfect 360 or simply stand upright on a board, take a look at our guide to some of the best surfing destinations in Mauritius – then grab your shorts and head for the waves.

The major surf beaches in Mauritius are all in the south and west of the island, and just below Flic en Flac on the western coast is the best known of them all:  Tamarin Bay. Back in the 1960s this was still a relatively unknown spot, surfed only by in-the-know locals plus a handful of hardcore (mainly Australian) wave chasers from overseas. But Tamarin’s reputation really gathered pace after the release of The Forgotten Island of Santosha, a cult 1974 surf documentary which honed in on the bay’s legendary long left hand reef break and 10 foot swells.

These days, changes in currents and wind patterns have made Tamarin a far less consistent bet than in decades past, but when conditions are good this is still a world class place to surf. If you’re a first timer, visit the surf school at the appealingly retro Tamarin Hotel for lessons, or simply pop in for a chat about the latest wave conditions.

Back on land, a lack of large scale development means the area retains something of an old-school vibe, making it an especially popular destination for the more boho tourist.

Sheltered by the protective gaze of Le Morne Brabant mountain, the waters of the Le Morne peninsula are now arguably the most popular place to surf in Mauritius.

About half an hour south of Tamarin Bay, in the island’s far southwestern extremity, Le Morne offers both flat lagoon conditions for total newbies to find their sea legs, and challenging spots for experienced surfers to test their mettle. One such spot – an exposed reef break known as One Eye – is located directly in front of the St. Regis hotel. It’s best surfed at high tide when the tide is still rising, though with seriously fast currents it’s one for the experts only.

Another pro-surf spot with a serious reputation is Manawa, a similarly exposed reef break 2km out to sea in front of the Indian Resort and Spa. Best reached by boat, you’ll find consistently big waves and offshore winds blowing in from the southeast.

Travel about 20km further east along the winding south coast road and you’ll soon reach the village of Riviere des Galets, where a moderately exposed reef and left hand surf break offers reliable waves for the more accomplished surfer. It’s also just a great place to relax and enjoy the natural setting – here on the south coast of Mauritius you’ll find the island’s wildest and least developed stretch of coastline, complete with dramatic sea cliffs and pounding waves created by gaps in the reef.

Just to the west of the village itself, the tiny Ilôt Sancho – which, being just a few metres offshore, is accessible by foot during low tide – offers both left and right hand reef breaks and dependable surf conditions. Despite being less well known among visitors than either Le Morne or Tamarin Bay, this has often been a location for local surf competitions and can get pretty busy when the conditions are right. And if for some reason you don’t fancy getting your shorts wet, it’s also a great place to sit back and spectate.