A visit to Domaine des Aubineaux

Located on the outskirts of Curepipe, Domaine des Aubineaux is the first stop on the country’s famed Tea Route and sits above a neatly landscaped lawn backed by giant camphor trees. With its twin turrets, tall shuttered windows and imposing presence, the 1872-built house seems fairly typical of the colonial style at first glance, though several features set it apart from its contemporaries including indoor bathrooms and a wide central hallway which was very unusual for the time. 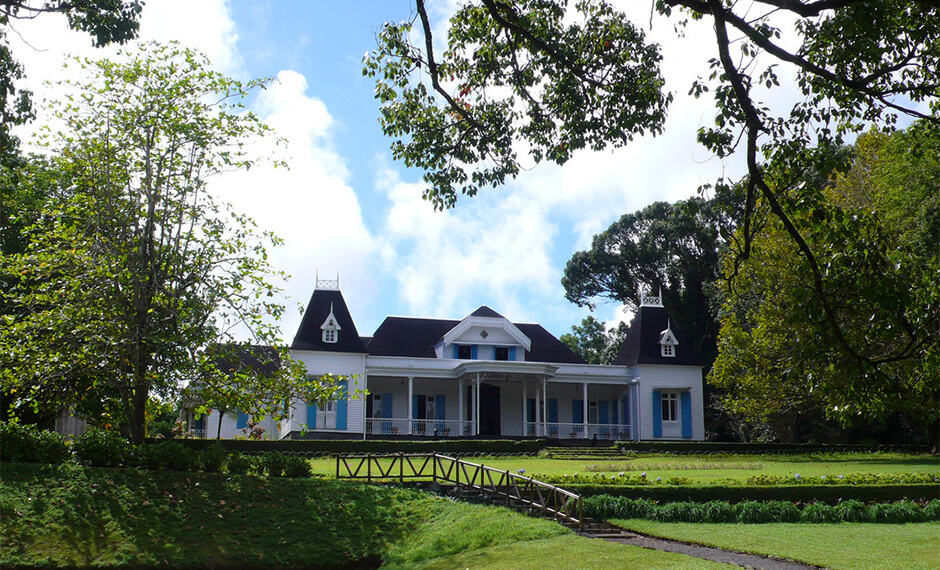 The mansion passed down through several generations of the Franco-Mauritian Guimbeau family who made their fortune in the tea trade. It remained their home until final resident Myriam Guimbeau passed away in 1999 aged 93, and was meticulously renovated two years later before opening as a museum. Constructed entirely of wood (mostly ebony sourced from broken ships left languishing at the port) it became the first property on the island to have electricity installed, and is one of the last remaining plantation houses in Mauritius to have kept all its period furniture, antiques and decorative objects in situ. 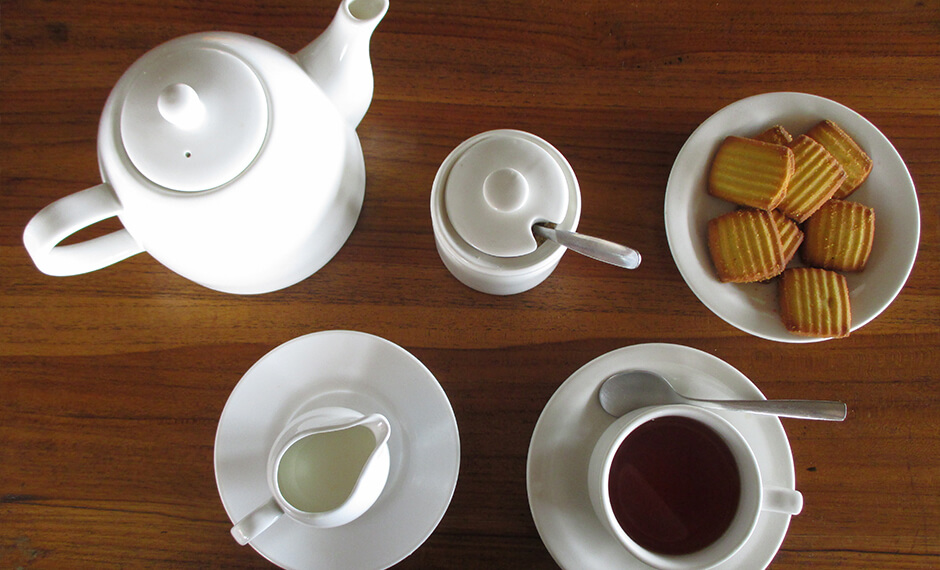 A guided tour takes in various rooms including Mrs Guimbeau's bedroom, her husband Philippe Guimbeau’s study, a glazed verandah, living room and formal dining room complete with boat-hull ceiling and 30-seater oak table. The attention to detail and knowledgeable commentary bring the colonial history of Mauritius to life, aided by a collection of family snapshots and photographs of other plantation houses in Mauritius. The majority of these are sadly no longer in existence, having been left to ruin, destroyed by cyclones or sold and divided by inheritance – making a visit to Domaine des Aubineaux all the more meaningful.

The former billiards room now houses a tearoom, and in the surrounding grounds are the old stables, which have been converted into a meeting room and shop. Next door stands the original distillery which is used to produce essential oils; specifically camphor for which 25 kilos of leaves are required to distil 25ml of oil. 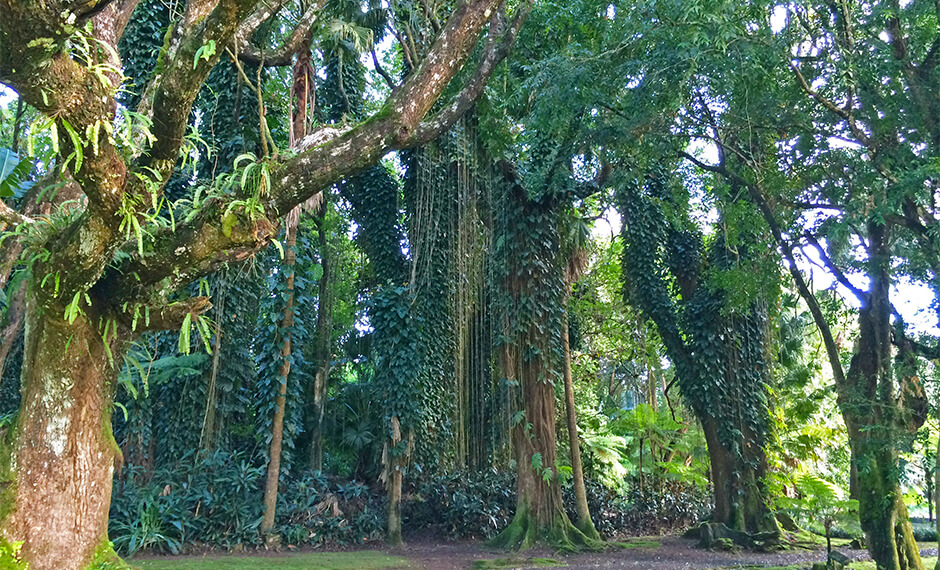 The visit ends in the gardens where unsurprisingly the magnificent camphor trees are one of the most prominent features. But don’t miss the pathway, which leads down from the stone steps around the edge of the lawn. If you follow it to the right, you’ll soon find yourself wandering through a dense thicket of palm trees dripping with hanging vines, almost totally shielded from the outside world. It’s a brief diversion but a magical place to pause and listen to the birdsong and crickets before continuing on to the pond at the far boundary of the site, where the petals of delicate lilac water lilies open up to the sky.

Aside from its historical significance, Domaine des Aubineaux’s striking architecture and leafy setting makes it one of the most attractive wedding venues in Mauritius, while its 70-seater function room is an unusual option for conferences and meetings. Whatever your reason for visiting, head to saintaubin.mu for more details or read our previous feature on the story of tea in Mauritius for information on the entire Tea Route / Route de Thé journey.