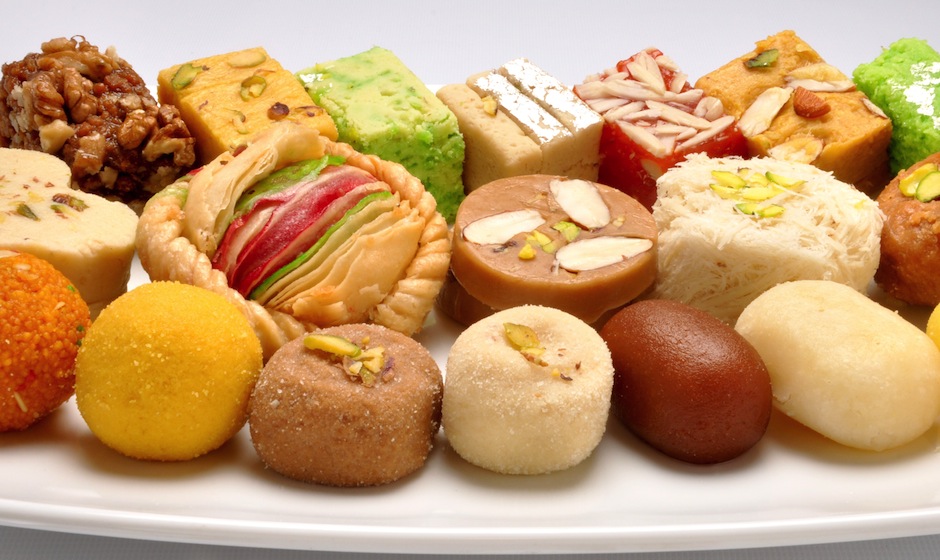 Think about Mauritian food, and you might conjure up the tastes and smells of Indian curries, Creole stews, or sizzling seafood fresh from the ocean.

But something that may not immediately spring to mind is mithai: a broad term for a range of sugar and milk-based South Asian sweets which are hugely popular in Mauritius as well as India, Pakistan, Bangladesh, Nepal and Sri Lanka – but not so widely known in the West.

Sugar is the central ingredient of mithai. First refined in India, where sugarcane has been grown for centuries, sugar was developed into a vast array of sweets, known by a multitude of names and based around dozens of different ingredients.

Some of the most popular include burfi, which is a combination of condensed milk and sugar cooked until it solidifies, usually flavoured with fruit or nuts (mango, guava, coconut, pistachio) with added spices like cardamom, saffron, vanilla or rose water, topped with a layer of edible silver leaf. Once cooled, the sweets are cut into small diamonds, circles or squares.

Jalebi is another common sweet, made by deep-frying wheatflour batter or dough into coiled, circular shapes, then soaking them in a sugar syrup. They can be served either hot or cold, and are sometimes flavoured with rose water or lime juice. Once the sugar coating has crystallised they will often have a deliciously chewy texture.

Another highly popular sweet is rasgulla - little round dumplings of paneer or cottage cheese and semolina dough, cooked in a sugar syrup until fully absorbed. Although it’s common to add certain flavourings such as finely chopped orange rind or other candied peel, a traditional twist is to include nothing but a single raisin, cashew or pistachio inside each dumpling.

Others include bal mithai, a rich chocolatey fudge-like confection covered in tiny sugar balls, originating from the Himalayan regions of India; ball-shaped laddu made from chickpea flour and ground coconut combined with sugar and ghee, and chikki - a brittle, solid sweet made from hot sugar syrup and dried nuts like sesame, peanuts, almonds or cashews.

Not only are mithai delicious treats in their own right, they’re also central to many holidays, religious occasions and important festivals like Diwali, as well as personal celebrations like weddings, anniversaries, graduations, new jobs and new arrivals.  At these times – unlike in the West – it’s for the bearers of good news to give little boxes of these sweets to family and friends as gifts, rather than receiving something themselves, as a way of passing on and celebrating their own good fortune.

In Mauritius, you can experience mithai for yourself by paying a visit to the most renowned vendor on the island, Bombay Sweets Mart in Port Louis, who have been making and selling delectable mithai for more than 40 years.