The capital, Port Louis, was brought to life in extraordinary colour and sound on 4-6th December when an event called ‘Porlwi by Light’ transformed the city with illuminations in various areas.

The theatre, Museum, Jardin de la Compagnie, Place d’Armes, Caudan, Aapravasi Ghat and the old prison were all sites made majestic as spectators stood in awe in a three-day event that attracted a huge audience. 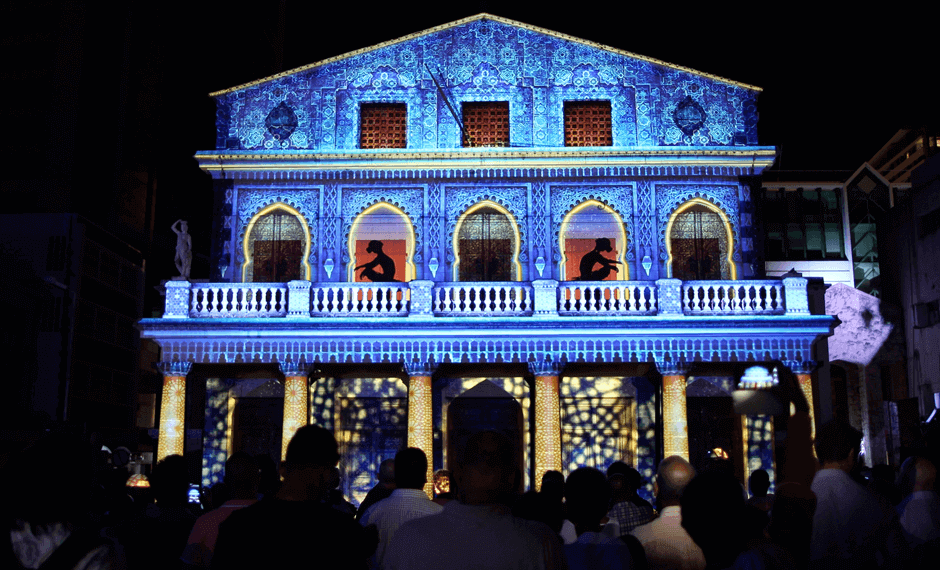 Mauritian artists were at the heart of this joint initiative of the private and public sectors, showcasing the high degree of talent and creativity on the island. International artists were also included in the event to add to the staggering scale of the rich cultural programme: 8 main creations; 30 street performers; 20 street light installations; 120 concerts and musical creations in eight areas; 15 original street art murals on buildings of the city; and, of course, 100 food stalls. 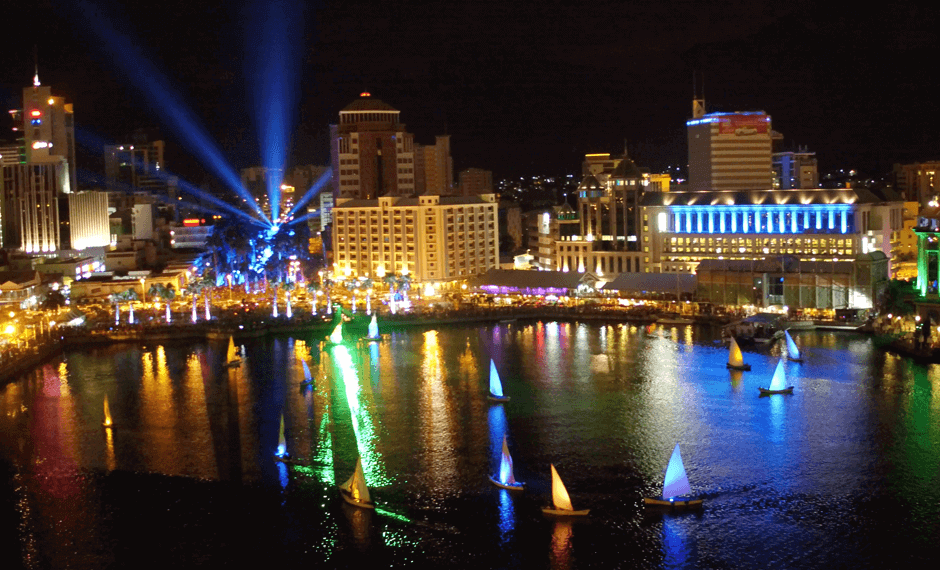 Illuminations and attractions over the three days included ‘The Spider’, a work of art at the old prison with each of the 48 cells at the women’s wing contained an artistic concept. There was also a ballet of Pirogues, a video mapping multicultural Mauritius and a display at Jardin de la Compagnie, which many people thought resembled scenes out of the blockbuster film, Avatar. 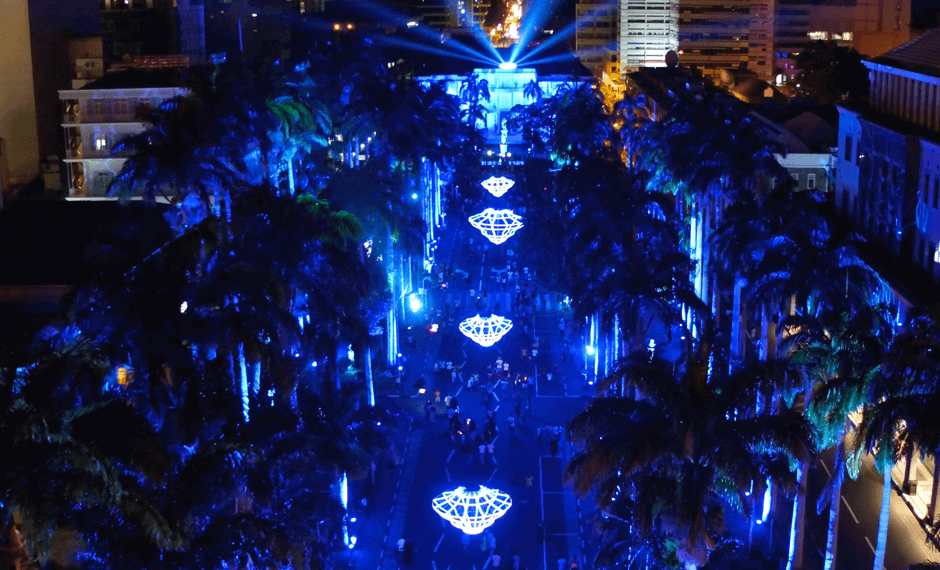 Many buildings were changed unrecognisably as shapes such as serpents and clock-work machinery shifted and danced over the facades in an event that will live in the memory for a very long time.