As any pilot will tell you, flying a plane is much more than just a job – it really is a way of life. We recently caught up with one of our long-serving Captains, Ravi Baichoo, to look back over his long and illustrious career with Air Mauritius.

Ravi joined the company as ground staff in December 1986, right after completing secondary school, and he was working at the SSR International Airport when he was lucky enough to be selected as a trainee pilot at the end of 1987. Following two years of training in Montpellier, France, he joined as First Officer on the ATR, then returned to Toulouse in 1990 for further training and to complete the theoretical course needed to obtain the Airline Pilot Transport Licence. (APTL) He then became a First Officer on the B767 in 1992 and joined the A340 in 1994 as First Officer.

Later he became a Captain on the B767 in 1998, on the A340 in 2000 and on the ATR in 2001. And not content with merely flying planes, he also became an Instructor Pilot and Fleet Training Manager from 2002, training more than 100 pilots over the course of his flying career. 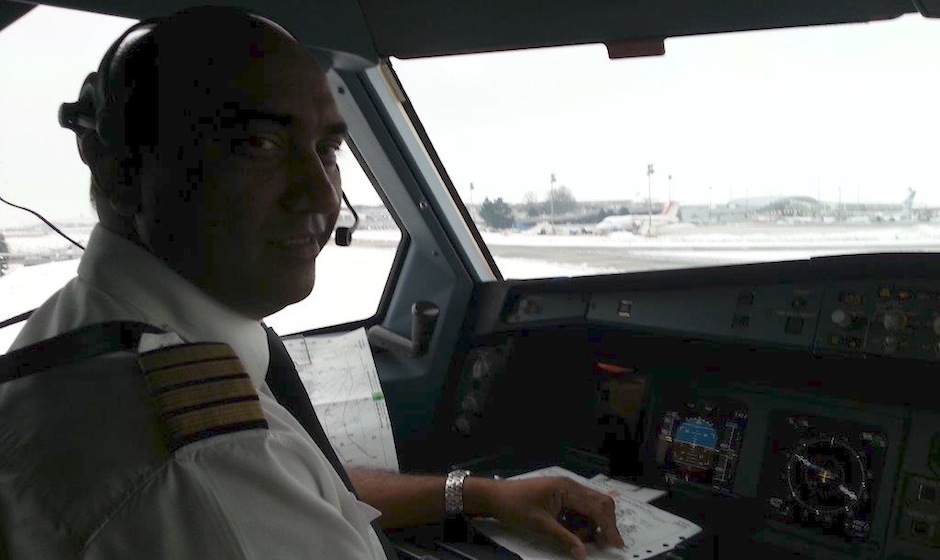 But Ravi’s career path was never set in stone – in fact, aviation was not even on his radar to begin with. “I had never really thought of a career as a pilot; I was more attracted to the fields of engineering or medicine,” he says. ‘But when I discovered aviation with my ground job, it actually sealed my destiny with Air Mauritius, and I became so interested that I decided to pursue a career and applied to join the Air Mauritius Trainee Pilot scheme.’

It wasn’t long before Ravi was ready to pilot his first commercial flight: a short hop from Mauritius to Reunion, then onwards to Rodrigues on the ATR. ‘It was an incredible experience as for the first time I had passengers with me,’ he recalls. ‘My other flights had been in a training school and it’s not really the same thing. As such, the plane itself is different as it is not an airliner. However, in those days we also had a unique experience in Mauritius, as we had the opportunity to operate at the same time on the ATR and the Twin Otter (De Havilland Twin).’ 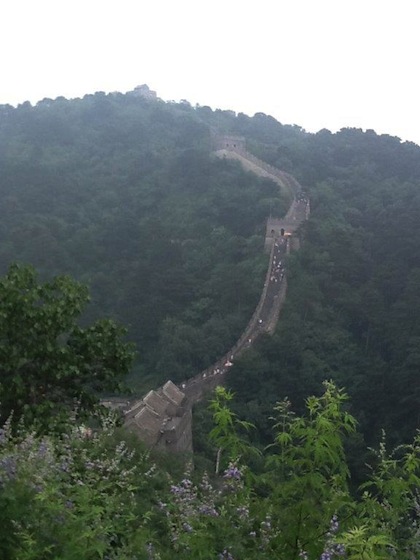 Over the years, Ravi’s flying career took him across the breadth and depth of the Air Mauritius network and naturally led to some memorable moments. ‘I operated the first inter island link between Reunion and Rodrigues,’ he remembers, ‘and the first flight between Kuala Lumpur and Stansted on the A340 on behalf of Air Asia too. This was a totally new route for us, flying over Afghanistan and Russia. The crew with me were exceptional and demonstrated a high level of professionalism and motivation.’

Experienced pilots also tend to land the plum tasks of captaining inaugural flights on new routes and taking delivery of new aircraft too, and Ravi was no exception. ‘I flew the inaugural Air Mauritius flight to Beijing,’ he says, ‘and I flew the brand new ATR72-500 (NBN) over from Toulouse to Mauritius, with an exquisite stopover in Cairo, where we took the opportunity to visit the pyramids and take a dinner cruise along the Nile.’

‘I’ve also had some distinguished personalities on board my flights, from movie stars to spiritual leaders – Rowan Atkinson, Prince Andrew, Johann Cruyff amongst others, and also Indian spiritual leader and guru Mata Amritanandamayi.’

But for many a pilot, the celebrity guests, new routes and the perceived glamour of flying are no less exciting than the thrill of piloting a new aircraft model or passing on your knowledge to new recruits. In fact, pilots, unsurprisingly, are the biggest aviation geeks of all, and love nothing more than talking about their passion, including answering that much-asked question – what is your favourite plane? ‘It’s a very difficult question!’ agrees Ravi. ‘All the planes I’ve flown have some distinctive feature I liked about them. The ATR is a fantastic turbo propeller and starting on that when one is out of school seems like a jump in your career that resembles crossing an ocean is a small pirogue.’ 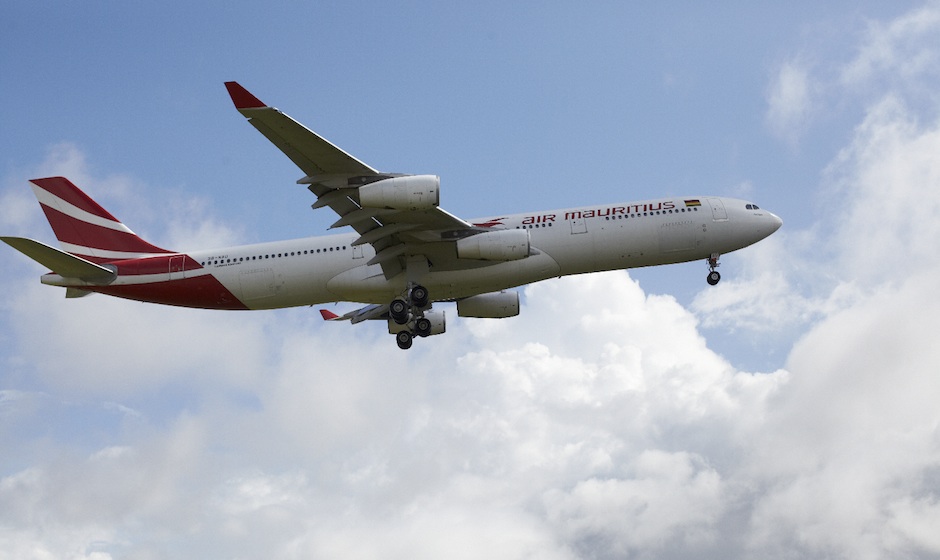 "The B767 has been the most powerful jet liner of its time that I’ve flown. We were one of very few, if not the only airline that was flying an extended range operation on a Twin Engine aircraft and we had an authorisation to fly on a 3 hour ETOPS (Extended Twin Engine Operations) route with that aircraft. The engines on that plane were just exceptional. "

‘The A340, although now seen as being old technology, has been an exceptional aircraft too. It did the same mission as the B747 and flew more passengers and cargo on the MRU-LHR and MRU-CDG route but with a fuel saving of nearly 25%. I just love the technology on that aircraft and when it was launched it was a major breakthrough in aviation. I’ve been lucky to have flown that aircraft since the very first one Air Mauritius took delivery of. In fact, we were the first airline in the southern hemisphere to operate the A340.’

But even the most tech-obsessed pilots like to get out of the cockpit and explore the world at ground level now and then. Travelling the world is surely the biggest perk of the job, after all. But pilots are pilots, and their favourite destinations are often inextricably linked to matters of aviation, as much as the appeal of any given city or resort. Ravi’s own favourites are a case in point – with the challenges and excitement of landing at a particular runway featuring highly. 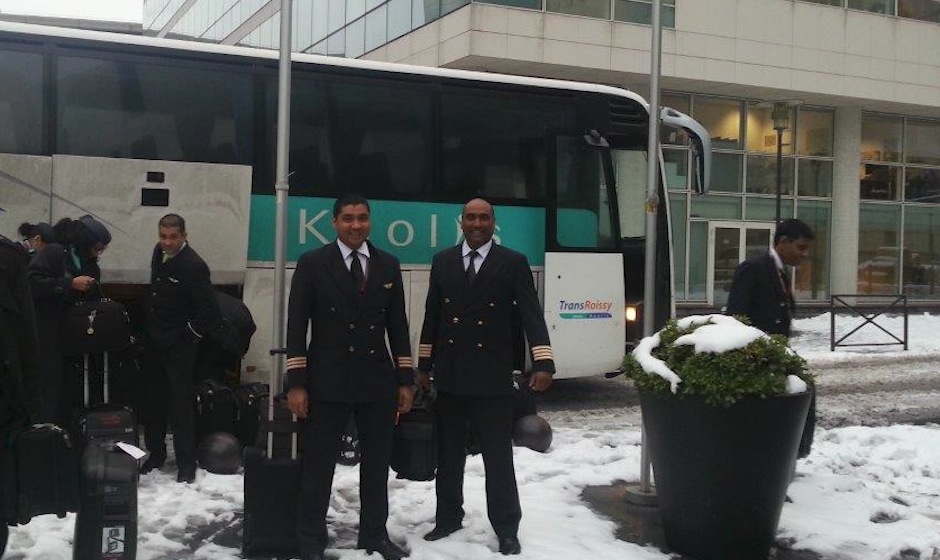 ‘I just love the city of London, and LHR is a fantastic airport to fly into and out of. The air traffic is dense, but incredibly well organised.

‘Paris is one of the most beautiful cities in the world, with its monuments and exceptional French cuisine. And I also love Mumbai, city of Bollywood, but also great food with delicate Indian spices.

‘Rodrigues, on our inter-island route, is probably the most challenging airfield we operate into. The runway there is short and pilots cannot be complacent. You need all your skills and concentration but above all good team work to operate from that airfield.’

What does he love the most about flying with Air Mauritius? It all comes down to the network and route structure, he says.

‘I’ve had the opportunity of flying to nearly all destinations. We fly very nice aircraft, and the level of professionalism of our crew members and our staff is beyond reproach. We can always improve, and we’re all ready to step up to the next level.’

‘Flying is indeed a very exciting career. But it does not come without hard work, discipline and the urge to always try and improve on your past performance. In this job you cannot satisfy yourself with just a good performance. If you want to succeed and move forward then you must always be ready to improve. Know that you can always learn something from what you experience, but above all enjoy the job that you do, be positive, and you’ll find that infinite possibilities will unfold.’