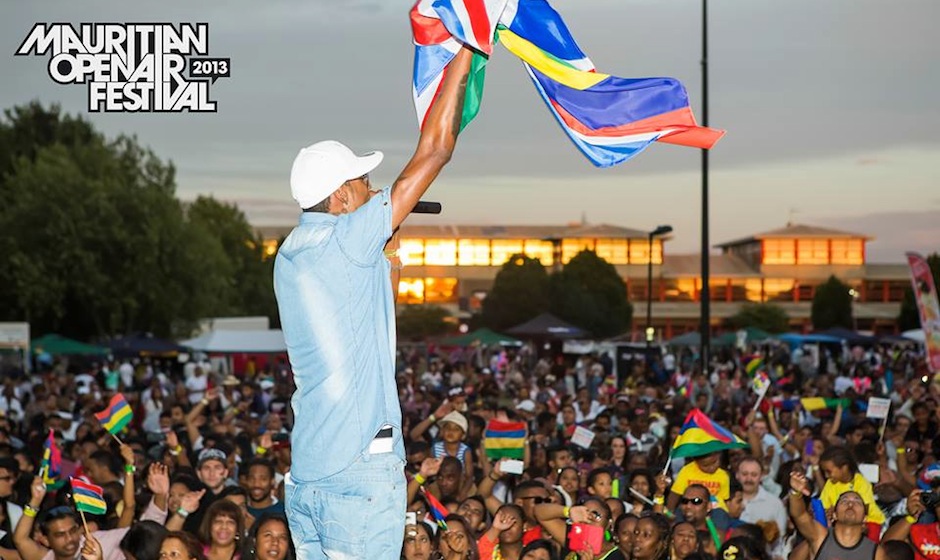 As the official largest outdoor Mauritian event beyond our shores, Air Mauritius is delighted to be one of the main sponsors of London’s Mauritian Open Air Festival. The event is set to return for its sixth annual outing on Sunday 3rd August 2014 at Down Lane Park in Tottenham.

The all-day gathering will welcome around 15,000 people with a diverse selection of traditional Mauritian cuisine, beer and cocktails, a line-up of homegrown Mauritian musicians and singers, another huge funfair and of course, lots of non-stop Sega dancing. In fact, this year’s event will be the boldest showcase of Mauritian popular culture to ever play out beyond the island’s own border.

Music fans can look forward to sets from Sega legend Jean Claude Gaspard who celebrates fifty years in the music industry this year. Popular local Sega musicians Alain Ramanisum, Laura Beg and Désiré Francois will also join the line-up, backed by the expert skills of the Omaz Sega Band – so expect a full-on party atmosphere and an afternoon of uplifting and memorable performances.