The ‘underwater waterfall’ of Mauritius

What is an underwater waterfall?

Well, the fact is there’s no such thing. But that’s just how an effect in Mauritian waters is characterised in The Telegraph’s ‘24 of the world’s most incredible natural phenomena’. 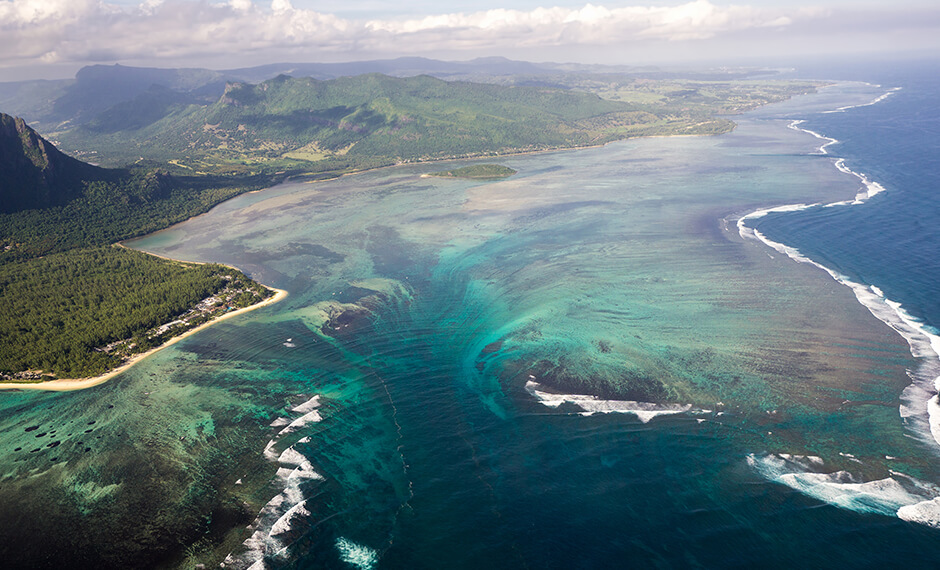 ‘These tumbling waters’, as the piece calls them, ‘around Mauritius’ Le Morne peninsula, on the island’s southwest coast, are often referred to as an “underwater waterfall”, which would rather contradict the laws of physics. Real underwater waterfalls do not exist.’

So, what does cause this remarkable effect?

An ‘optical illusion’, explains the piece, ‘caused by shifting sand and silt and the flow of underwater currents. There is no steep drop – the surrounding depth is fairly uniform.’

But it remains a truly ‘arresting sight’; ‘a captivating view’.

Look out for it, if ‘you ever find yourself airborne over Mauritius’.

See here for this, and 23 other natural wonders of our world, over in The Telegraph.