The national flag of Mauritius is red, dark blue, yellow and green, and also known as Les Quatre Bandes (French for "the four bands"). It was adopted upon independence on 12th March 1968. 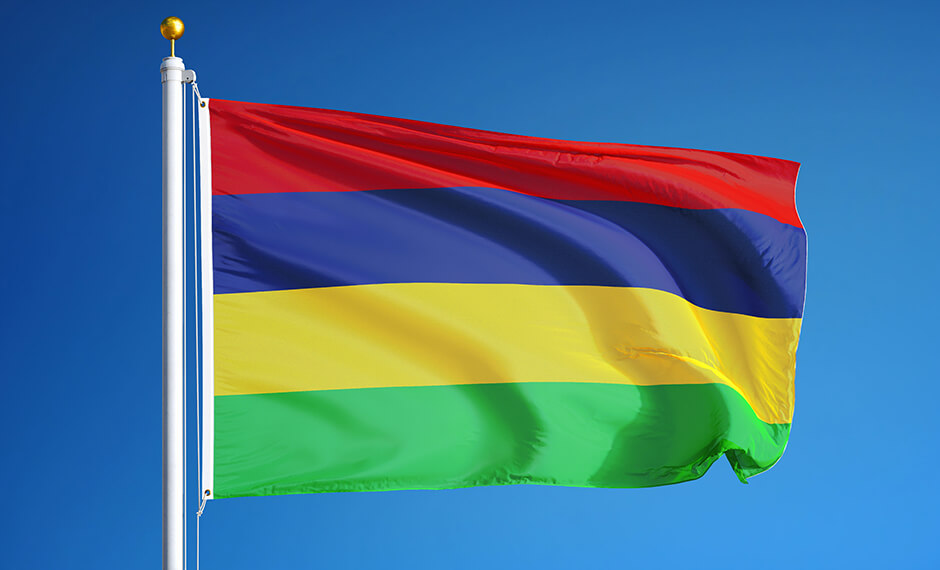 The flag consists of four horizontal bands, all equal in dimension, and it was first recorded at the College of Arms in London on 9 January 1968.

Each colour on the Mauritius flag represents something specific:

- Red represents the bloodshed at the time of slavery and colonisation

- Blue is for the Indian Ocean where Mauritius is located

- Green represents the lush vegetation of the island

See more on the history of Mauritius