13 Things you didn’t know about Mauritius Mauritius has pyramids. Yes, a little strange to think at first but for several years, there’s been much debate about the origin and meaning of seven small pyramids identified on the south side of Mauritius on a flat plain known as Plaine Magnien. Interestingly, they are similar to other pyramids on the Mediterranean island of Sicily and the island of Tenerife off the western coast of Africa – islands which, like Mauritius, are also volcanic in origin. Yes, you heard us right. You may not associate Mauritius as the type of destination that would be good for glamping, rather some bucolic rural parts of Europe. However, in Otentic: Mauritius has the nation’s first and only tented eco lodge on the slopes of Grande Riviere South East, the longest river in Mauritius. Mauritius was first colonised by the Dutch in 1638, but was known as Dina Robin after its discovery by Arab sailors. One of the earliest known maps of the island, published in Amsterdam in 1659, shortly after the Dutch arrived, bears little resemblance to the teardrop-shaped outline we recognise today. Many people first view Mauritius through the lens of its beaches, which are not to be missed, of course. However, part of the island’s charm is its variety and its varied terrain is part of this attraction. There are some incredible hiking trails in Black River Gorges Park, but also elsewhere on the island. Mauritius may not be the first destination you think of for single travellers, but it’s been noted many times how friendly it is for solo travellers. Especially for the more adventurous traveller (e.g. parasailing, diving, kayaking, sea scooting and sailing with dolphins) there are certainly many options to meet new friends and discover new experiences. In 2016, Mauritius celebrated the 48th anniversary of Independence and 24th anniversary of the Republic of Mauritius. It is always a day of great ceremony and celebration with fireworks and laughter in the streets. Port Louis is Mauritius’s vibrant capital but many people don’t know just what a dynamic cultural scene it has, too. Recently it hosted Porlwi by Light, an incredible spectacle held over a number of days that demonstrated why Mauritian artists are making an impact worldwide. This lovely little island also acts as a gateway to Africa and Asia, so there’s a great opportunity to feature Mauritius in a twin break holiday. Fancy chilling out on some beaches on Mauritius followed by seeing the big five on safari in Africa? No problem. There’s also some incredible dining options for a quick stopover and great shopping. On top of that Mauritius has just opened up a new route to Changi Airport in Singapore, so flying on to Japan or China, for example, has never been easier. Mauritius is a hotbed of talent and that talent has travelled far and wide excelling in a number of industries and niches. Our Brilliant Minds series has tracked these incredible stories and it’s a story that continues to grow. Perhaps no one exemplifies this more than world-renowned scientist and president of Mauritius Ameenah Gurib-Fakim. Many travellers associate an island that excels in luxury holidays as expensive, but Mauritius has an amazing range of things to do for free from markets, temples, and surfing to art and national parks. 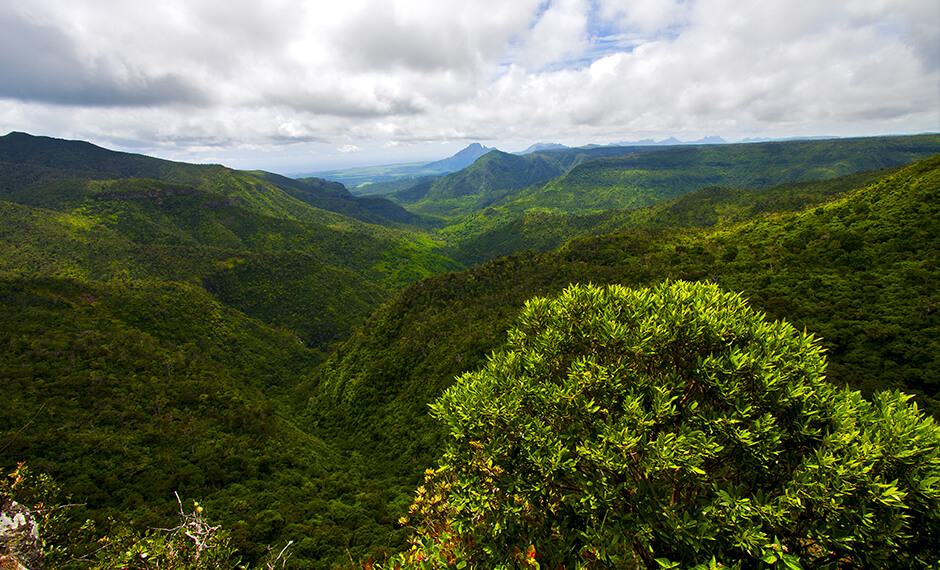 If you like keeping fit in beautiful surroundings, then the island of Mauritius could just be the destination you’ve been waiting for. There are numerous opportunities for amateur runners to take a trail that will leave you mesmerised by the flora and fauna. For more serious pro runners and even ultra runners there’s a number of serious marathons you can take part in here. Mauritius has the fourth oldest golfing country club on record. It’s true. Records at the British War Office indicate that golf was introduced to Mauritius in 1844 by officers of the British military. The sport was played on the grounds of a military base, which is today the Gymkhana Club. Today, Mauritius is blessed with many world-class courses that attract international pro players. Mauritius isn’t just a world-class luxury destination, it is also at the forefront of some of the most exciting wellbeing experiences in the world. From yoga and tai chi to hiking and sophrology, there’s plenty of ways to relax and get back to you here.