Located in the Indian Ocean, Reunion is just half an hour’s flight from Mauritius. On a recent trip to the island, food blogger Selina Periampillai explored its culinary heritage and tried out some local delicacies.

An island rich in fragrances and spices, Reunion's fertile soil has welcomed numerous species of plants (coffee, sugar cane, nutmeg, vanilla, geranium). The ethnic mix from France (being the main influence), India, Madagascar and mainland Africa has made the Réunionese cuisine a melting pot to be inspired by.

On the island we find Cilaos, a commune hidden amongst the mountains in the centre of the island only reached by an amazing 400 bend road to get there. Yes that does make your stomach churn but you're a spectator to amazing scenic views along the way. 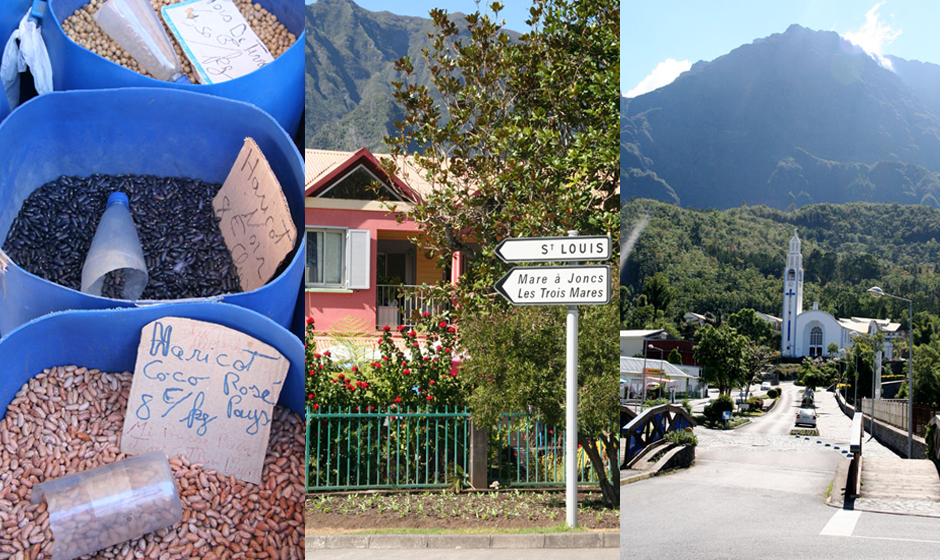 We explored the town finding local deli shops, where homemade achards (pickled vegetables & fruit), local wines, syrups and honey fill the shelves with fruits like longans (similar to lychees) and an abundance of dried beans or pulses are available to buy.  I was excited to hear that Cilaos grows their own lentils to make one of their most popular dishes, saucisse rougail or smoked sausage with lentils. It is also home to BourbonPointu which is a variety of coffee which only exists in Reunion and is one of the most expensive in the world.

Bredes are edible leaves and stems of different plants, here commonly eaten inbouillon (soups) or simply sautéed with garlic, ginger and heady spices. The islanders’ favourites are carri (curry) bichique or carri tangue meaning ‘hedgehog’ made with locally sourced curcuma (turmeric). And if that's not to your taste their Creole rougaill (tomato spicy based sauce) can be combined with fish or meat. Most dishes are typically served with a starch (like rice).

I was lucky enough to have lunch cooked by a lovely couple who live in Cilaos and make authentic Reunionese island dishes for tourists wanting to try the home-style cuisine, La Tappacala. We had an outdoor picnic set up with a stunning backdrop of mountains in Cilaos, with the sun beaming through the trees. 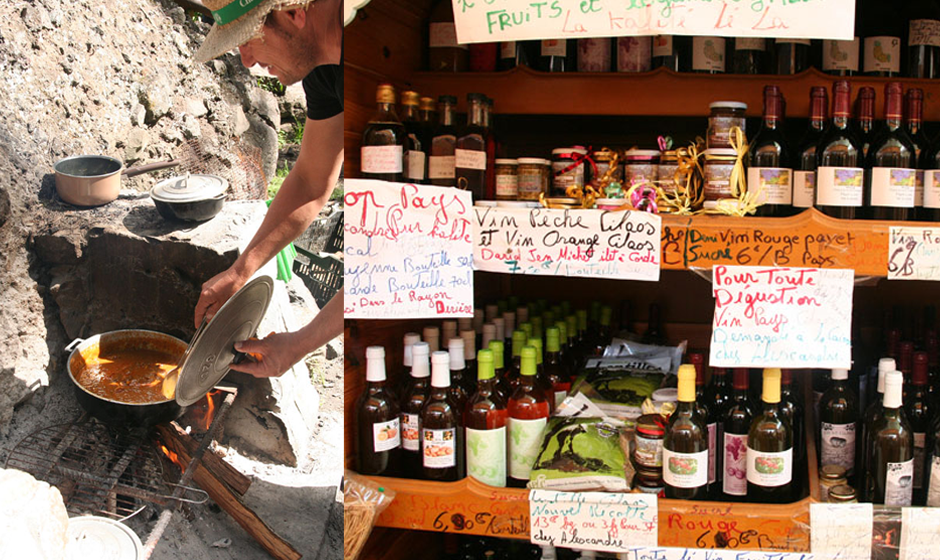 Raymonda and Mickaël were cooking outdoors on their makeshift hobs, simmering eagerly anticipated Cilaos lentils, traditionally cooked with smoked sausages and turmeric. It had a lovely yellow tinge to it, thick in gravy, creamy in consistency with a smokiness from the sausage. Accompanied with rice and a marlin rougail, firm fish pieces simmered in a Creole tomato spiced sauce, not too spicy but light and fragrant.

We were also treated to a chou chou (chayote) vegetable quiche with smoky ham (they like their smoked meats) and Chinese influenced small bouchonsa common street food style snack similar to dumplings filled with pork, meat or chicken.

To finish the meal plates of a rich, dense texture chocolate cake were dished up with a difference - Combava ( essentially kaffir lime leaf) is baked in the cake to give it a fresh mint-lime flavour. And finally not forgetting the obligatory swig of rum arrange or rum infused with flavours from citronelle, cinnamon, vanilla to fresh passion fruit to finish off a perfect lunch.

Read more from Selina Periampillai on her blog Taste of Mauritius