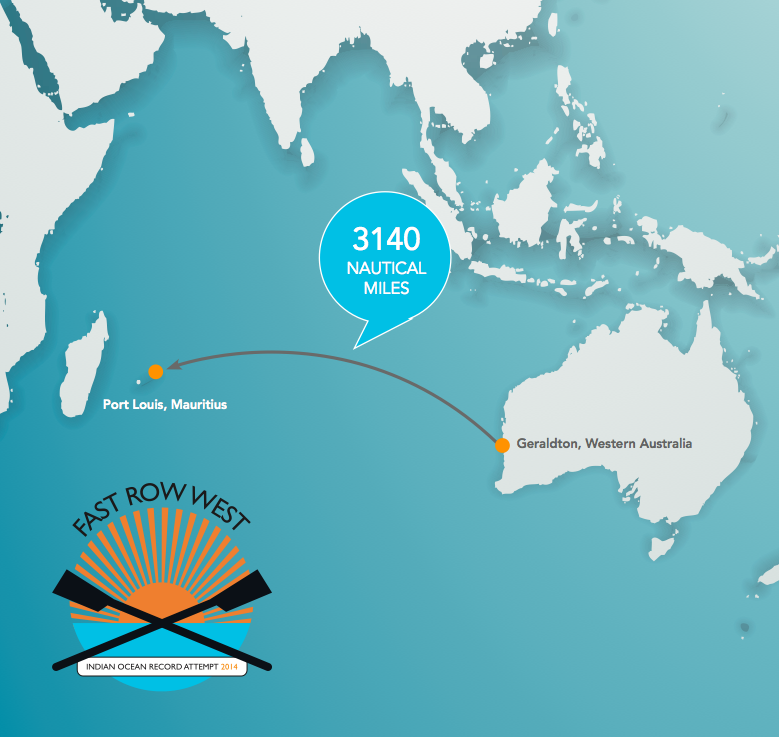 The sport of ocean rowing is – understandably – somewhat niche, with fewer people having rowed an ocean than climbed Mount Everest.

This year, four British men with an average age of 22 are attempting to break the world record for rowing across the Indian Ocean. And if successful they’ll be the youngest four ever to do so. To succeed, they will need to row approximately 3140 nautical miles from Exmouth in Western Australia, to Port Louis in Mauritius in their 29ft long, 6ft wide boat, Tiny Dancer. The record attempt, branded as Fast Row West, is only the latest in a line of extreme challenges for the crew, one of whom has already successfully rowed the Atlantic in just 54 days.

At no point in the journey will the boat be supplied, and nor do they have the comfort of an accompanying support boat. They will burn more than 10,000 calories per day, with each pair running a two hour-on, two hour-off shift pattern all day, every day for the entire duration of the row.

The crew are due to arrive in Mauritius later in August or September: to track their progress and see their current position, visit their daily status page.

Since two Norwegians first rowed across the Atlantic from New York to the UK’s Isles of Scilly in 1896, there have been numerous attempts to break ‘fastest crossing’ records over the major oceans of the world. The first successful Indian Ocean crossing took place in 1971 when intrepid Swede Anders Svedlund departed Kalbarri in Western Australia, and landed near Diego Suarez in Madagascar 64 days later.

Since then, the route from Western Australia to Mauritius has proved a popular and logical choice for Indian Ocean rowers. In 2009, 24 year old British rower Sarah Outen became the first and youngest woman soloist to successfully complete the crossing, as she guided her 19ft boat Serendipity into Bois des Amourettes on the east coast of Mauritius after 124 days at sea. A few weeks earlier saw the arrival of a two woman crew, who became the first female duo to row the Indian Ocean, while also in 2009 an all-female team known as the Ocean Angels also completed the journey.

At more or less the same time, the unsupported ocean row of Andrew Delaney and Guy Watts broke five world records and two speed records. This was the first official ‘Indian Ocean Rowing Race’. They were not only the winners of the ‘pair’s class’ but also the first to race unassisted from land to land. Today, the current speed record for Indian Ocean rowing is held by a 3-man crew from Lebanon, the UK and the Faroe Islands, who completed the crossing on 5 August, 2013, in an official time of 57 days, 15 hours and 49 minutes.

Will the crew of Tiny Dancer set a new world record?