The seven pyramids of Mauritius For several years, there’s been much debate about the origin and meaning of seven small pyramids identified on the south side of Mauritius on a flat plain known as Plaine Magnien. According to work undertaken by French researcher and writer Antoine Gigal, none of the structures is taller than 12 metres, and each has between 6 and 11 evenly terraced steps, making them similar to other pyramids on the Mediterranean island of Sicily and the island of Tenerife off the western coast of Africa – islands which, like Mauritius, are also volcanic in origin. With Tenerife in particular, the pyramids are said to share many parallels. For example, both appear to be part of a complex, grouped together in a relatively small location. And both have been constructed from lava stone, without the use of mortar or any other material to bind them together. The pyramids in Tenerife are also no higher than 12 metres in height, and according to Gigal, there are no distinguishable differences between those and the ones on Mauritius, suggesting a link between the two that is more than merely coincidental. Could there be some kind of shared history that dates back to the time of the Pharoahs? 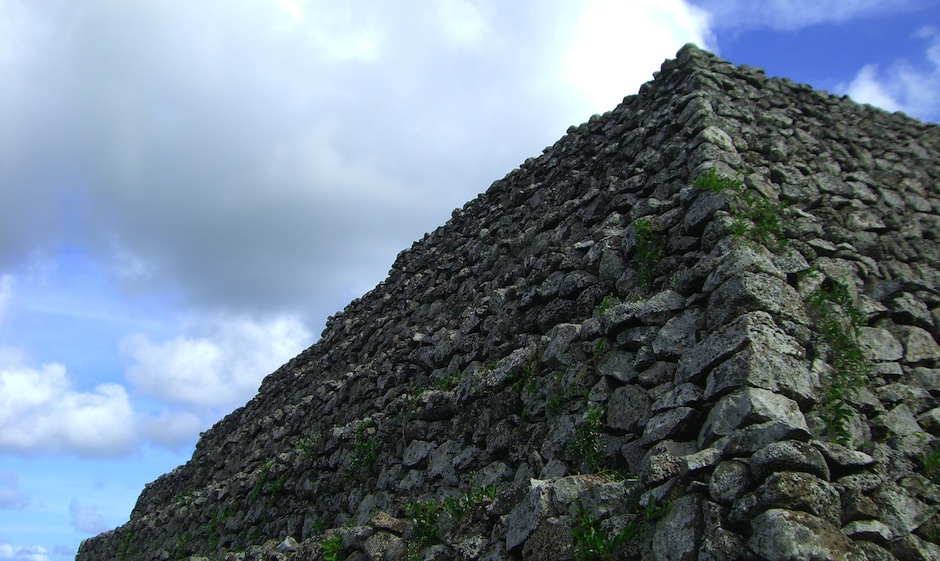 Gigal, however, is not without her detractors, with many in Mauritius believing the pyramids to be nothing more than mounds of stones and rocks, piled into stacks by labourers in an attempt to clear the land for growing sugar cane. In fact, a 2009 article in Mauritian newspaper L’Express Dimanche claims that Gigal’s theory is nothing more than ‘pure storytelling’ and quotes local historians Guy Rouillard and Yvan Martial, who say the rocks were piled together in 1944, when the sugar company Mon-Treasury-My-Desert (MTMD) bought the land.

But Gigal remains convinced. For her, the assertion that these structures are merely huge mounds of rocks is ‘totally absurd’, as borne out by the precision of the lines and corner angles of the pyramids, and the fact that allowances have been made for uneven ground in order to maintain symmetry. She also maintains these structures are more than likely remnants of a seafaring culture well able to navigate the oceans, who left their traces on islands both sides of the African continent.

Have you seen the pyramids of Mauritius? What do you think about their origin? Tell us your thoughts in the comments below.