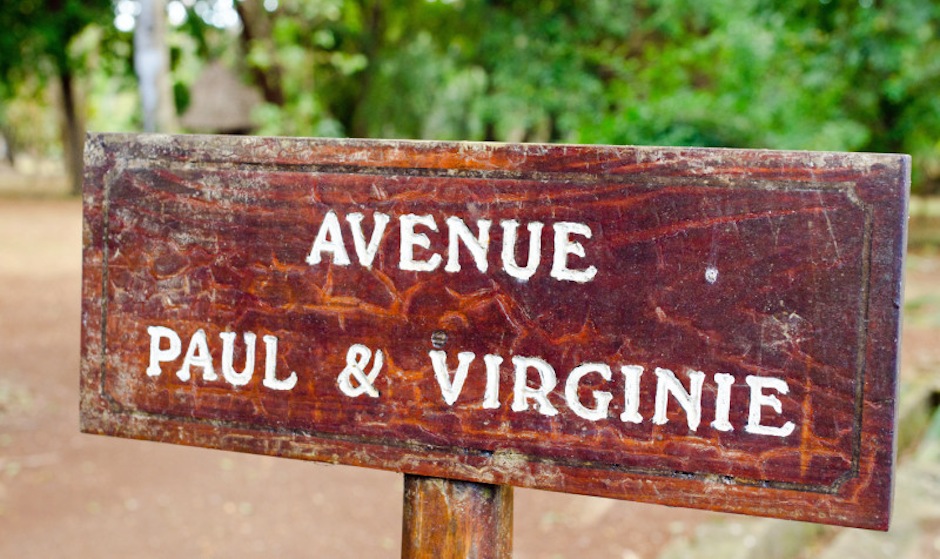 Set in Mauritius and written on the eve of the French Revolution, Paul et Virginie is a novel by Jacque-Henri Bernadin de Saint-Pierre which became an instant bestseller when first published in 1788. The French writer and thinker was also a botanist, natural historian and committed vegetarian, who travelled to Mauritius to study plants in the late 1760s, later becoming manager of the famous Jardin des Plantes botanical garden in Paris.

His novel remains the best known story in Mauritian folklore – the stated favourite of Napoleon though now largely forgotten in the wider world. It tells of the love between two children who are raised on the island, after both their mothers flee France when one is widowed and the other abandoned by her lover. The girl and boy grow up in a tropical paradise free from any corrupting influences and entirely according to the laws of nature. But just as they reach adolescence and begin to fall in love, Virginie is lured back to France by a rich aunt who promises to educate her and make her an heir to a large fortune. 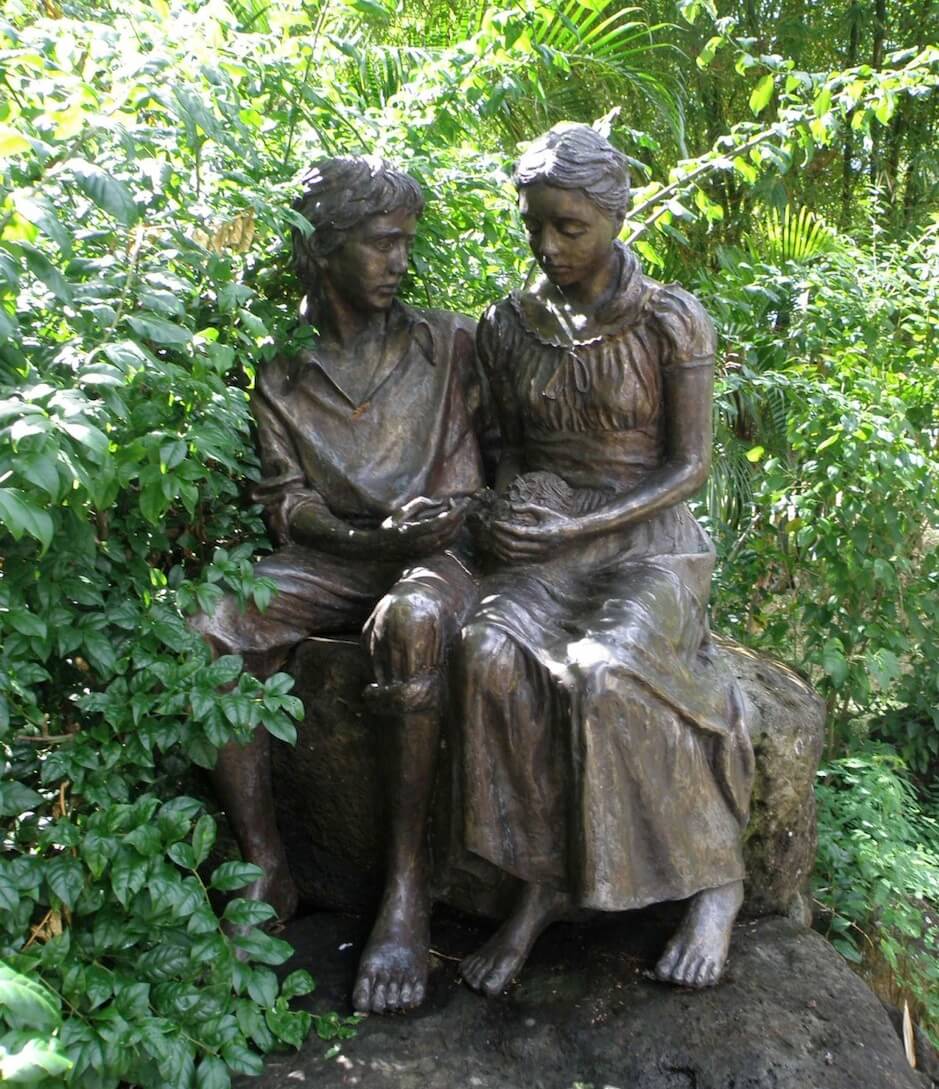 On her return from overseas – in a twist inspired by the wreck of the St Géran which sank off the northeast coast – Virginie’s ship begins to flounder just off the shore. Though Paul swims out to rescue her, Virginie’s new found modesty prevents her from removing her weighty European clothes in front of a male sailor and she perishes at sea. Overcome with sadness, Paul subsequently dies of a broken heart.

In the modern era, the story of Paul et Virginie has inspired various paintings and other works of art, as well as the cult 1980 movie The Blue Lagoon starring Brooke Shields and Christopher Atkins, and a hit single by Celine Dion. And of course, in Mauritius itself, the tale still conjures images of carefree innocence and a tropical idyll, so it’s little wonder the name ‘Paul et Virginie’ graces several different venues across the island.

On the trail of Paul et Virginie today

Up at Poudre d’Or on the northeast coast – where the navy fleet vessel St. Géran met its watery grave – a monument is dedicated to the 149 sailors, 13 passengers and 30 slaves who lost their lives in the disaster, although its immortalisation in Bernadin de Saint Pierre’s novel means it is more commonly known as the “Paul et Virginie” monument. And over in Curepipe, a bronze copy of Prosper d'Épinay's statue of the young lovers stands near the town hall, with the original marble statue on display in the Blue Penny Musuem in Port Louis.