Mahebourg: A visit to Biscuiterie Rault

On the northern edge of Mahebourg, a winding road lined with coconut and mango trees leads up to the Biscuiterie Rault – a business still run by the Rault Seneque family whose products and traditional methods have barely changed in 145 years.

As you approach the shady courtyard in front of the factory entrance, the rhythmic sounds of production can be heard from within. Primarily made of flour ground from the cassava root – also known as manioc or yuca – the secret biscuit recipe has been handed down through several generations of the same family. But it all began with the brainwave of one man. 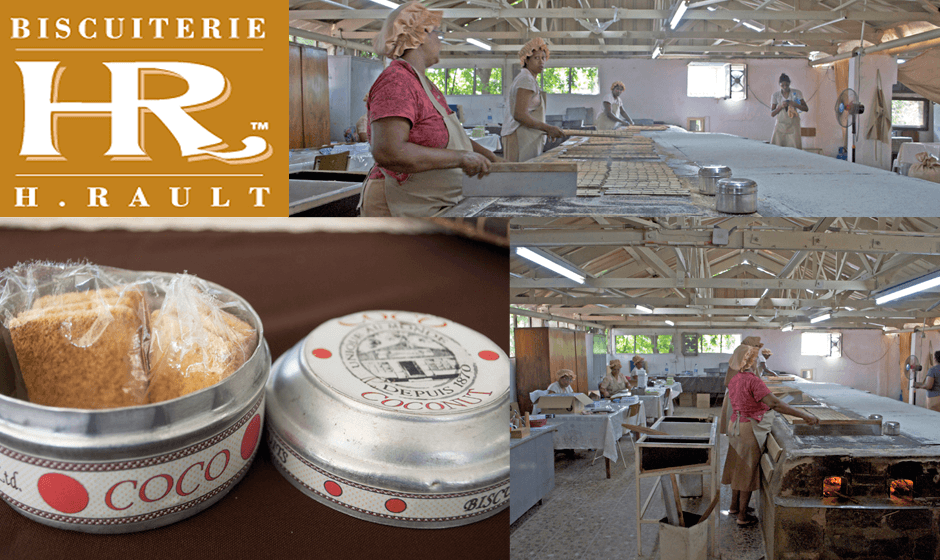 Hilarion Rault believed in persistence. The son of settlers from Brittany, he spent two years developing a recipe for cassava biscuits inspired by the traditional French speciality known as the ‘galette’. In 1870, after much encouragement from his family, the biscuits went into production and began selling to the general public – but they weren’t an overnight success. People were keen on the taste, but Rault had to overcome resistance to the use of cassava as the main ingredient because it was mostly used as an animal feed at the time.

When the First World War led to a lack of alternatives, cassava flour became mainstream – indeed it was the only choice on the island. Production increased dramatically and so did the factory’s workforce, and it wasn’t long before the biscuits became the recognisable and much-loved brand they are today. 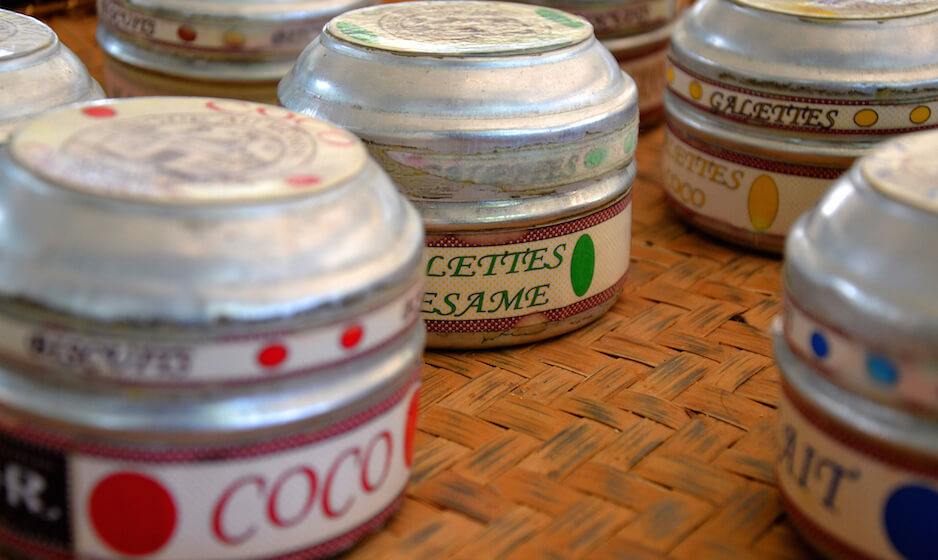 But the 20th century was not without its setbacks, some of which led to near closure of the business. Cassava became more difficult to source after more lucrative sugar cane plantations took over most of the available land, and  several cyclones caused major damage to the factory building. But the family persevered and pulled through, and in 1995 the biscuiterie opened its doors to the public for the first time, offering a rare insight into one of the island’s oldest businesses.

The tour itself is a step back in time. Using only cassava flour, sugar, milk powder and various natural flavourings, the biscuits are prepared by hand and cooked on huge hotplates which rest on ovens fuelled by sugar cane leaves. Visitors can watch the factory process in its entirety. Everything takes place in the same building, from the weighing of the raw cassava and its subsequent transformation into flour, to the final sorting and packaging ready for sale.

After the tour, it’s time for tea and an opportunity to sample the seven different flavours – vanilla, cinnamon, milk, star anise, butter, coconut, chocolate – before deciding which to purchase as a unique Mauritian souvenir to take home.

For tailor-made itineraries on the ground in Mauritius see SOLIS INDIAN OCEAN.