What language is used in Mauritius?

You will find a variety of languages in Mauritius reflecting the diverse and exciting range of cultures that have come together on the island. 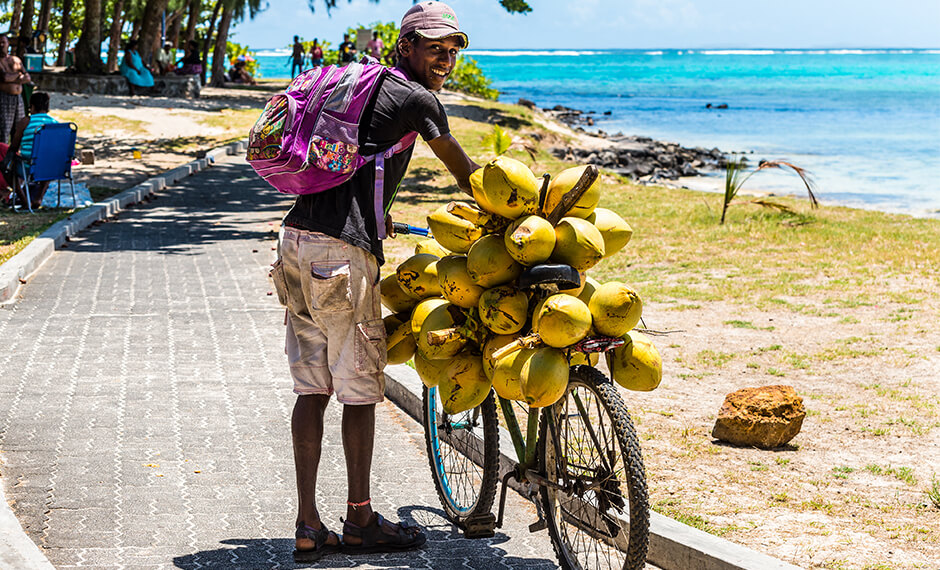 The most prominent languages you’ll hear on an every day level are Mauritian Creole, French and English. Mauritian Creole is a French-based Creole and estimated to be spoken by around 90% of the population. French is the language that tends to be used in education and media, while English is the official language in Parliament, however members can still speak French. For government administration and the business of courts, French and English are generally accepted as the official languages.

For travellers, this means it’s easy to communicate when on the island given the general population’s exposure to a variety of languages – most Mauritians are bi-lingual if not tri-lingual. Other languages you may hear include: Hindi, Tamil, Marathi, Urdu and some varieties of Chinese (predominantly Hakka and Mandarin), Bhojpuri (a mix of Indian languages spoken by early Indian settlers) and Gujarati.

For more of an insight into how this island nation has come into being look at our potted history of Mauritius and how the island took shape in our post on Mauritius maps.

Would you like to test out your language skills in Mauritius?