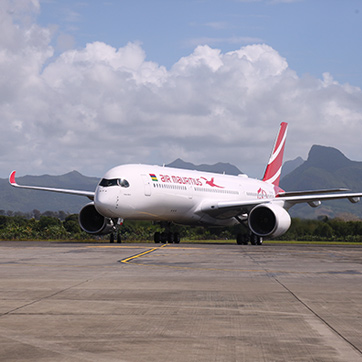 ROLE OF THE BOARD

The role of the Board is threefold namely:

With a view to performing these three roles, the Board undertakes the following:

The Board may appoint any person to be a Director either to fill a casual vacancy or as an additional Director as long as the number of Directors will not exceed the maximum number as per the Company’s constitution.

Directors shall be eligible for election / re-election annually by the shareholders at the Annual Meeting by way of separate resolutions.

Mr Manraj, G.O.S.K., is currently the Financial Secretary at the Ministry of Finance and Economic Development of the Government of the Republic of Mauritius. Mr Manraj is a Fellow of the Association of Chartered Certified Accountants (FCCA) and holds a Diploma in International Management Development from (IMD) Lausanne, Switzerland. During his career, predominantly within the public and semi-governmental spheres in Mauritius, he has contributed on a large scale to the socio-economic development of the country. Mr Manraj has participated in the negotiations leading to the signature of Double Taxation Avoidance Agreements with several countries. He attended numerous discussions and consultative meetings with the World Bank, International Monetary Fund as well as other key international institutions. As Financial Secretary, Mr Manraj concluded “G to G” agreements with various African countries such as Ghana, Senegal and Ivory Coast on behalf of Mauritius Africa Fund. He has, additionally, successfully negotiated, on behalf of Mauritius, to obtain concessional financing and grants from India and China to implement major national infrastructure projects.

Mr Manraj has likewise participated actively in the implementation of major projects in Mauritius such as the Ebène Cyber City project and the setting up of numerous public sector organisations including the State Investment Corporation (SIC), State Informatics Ltd (SIL), the former Mauritius Offshore Business Activities Authority, the National Computer Board, the Board of Investment, Business Parks of Mauritius Ltd amongst others. He was appointed to the Board on March 09, 2015.

Mr Philippe Espitalier-Noël was appointed to the Board on October 09, 2000. He is currently the Chief Executive Officer of Rogers and Company Limited, one of the largest listed conglomerates in Mauritius. He holds a BSc in Agricultural Economics from the University of Natal in South Africa and an MBA from the London Business School. Mr Espitalier-Noël presides over the Business Mauritius Sustainability and Inclusive Growth Commission. He is also the Honorary Consul of the Kingdom of Denmark since March 2004. He is the Chairman of the Risk Management Steering Committee as from April 30, 2019

Mr Goolachund Goburdhun is currently the Managing Director of The State Investment Corporation Limited (SIC) and holds directorship in various SIC investee companies and Lottotech Ltd. In the past, he was in public practice as a Chartered Certified Accountant providing services relating to Accounting, Auditing, Management Consultancy and Corporate Secretarial Services. He was licenced as Auditor by the Financial Reporting Council. He also held Chairmanships on various Government-related companies/institutions such as MauBank Holdings Ltd, MPCB (now MauBank Ltd), National Pensions Board and Responsible Gambling and Capacity Building of the Gambling Regulatory Authority.

Mrs Ammanah Ragavoodoo holds a Bachelor of Laws Degree from the London School of Economics and Political Science, United Kingdom since 1996.  Having successfully completed the Vocational Examinations held by the Council of Legal Education in 1997, she was admitted as an Attorney in December 1998 and became a Member of the Mauritius Law Society.  She is currently an Independent Practitioner and has over the last twenty-one years been advising corporate bodies, statutory bodies, local and International clients.  She is also a Board Member of the Financial Intelligence Unit and member of the Electoral Supervisory Commission.  She was appointed to the Board on May 04, 2017 and is the Chairperson of the Staff Committee.

Mr Patrick Roux is a graduate from the Ecole Nationale Supérieure des Télécommunications in Paris. He began his career at Air France in 1990. In 1992, he joined the Revenue Management Team at Paris headquarters where he was in charge of implementing the first yield management tool. After having implemented the merger with Air Inter, he became, in 1998, Head of Pricing and Revenue Management for all short and medium haul flights. In November 1999, he became Head of the Air France CEO’s Executive Cabinet, until 2002, when he became the worldwide Marketing Director of Air France.  In 2008, his responsibilities were expanded when he was appointed Senior Vice-President of Marketing for Air France-KLM. In September 2010, he became Senior Vice-President Air France-KLM for the American Continent based in New York. In September 2013, he was appointed Senior Vice President Air France-KLM for Asia Pacific, and Senior Vice President Alliances Air France-KLM as from February 01, 2016. He was appointed to the Board on January 22, 2016.