For beer-lovers, the small but undeniable thrill of ordering the local brew is one of the chief pleasures of being on holiday. Nothing says Thailand quite like a bottle of Singha, India like a Kingfisher, Kenya like a Tusker or Sri Lanka like an ice-cold Lion. But what if the homegrown beer was the only one available in the entire country? Up until a few years ago this was essentially the case in Mauritius, with the Phoenix lager brand maintaining an all-conquering dominance for more than 40 years.

Step in Oscar Olsen self-proclaimed ‘beer-hunter’ and visionary entrepreneur. After studying abroad, including stints in such beer-obsessed nations as the USA, England and Germany, this clear-sighted Mauritian understood just how much of an opportunity such lack of diversity represented. The craft beer movement which had already started to run rampant throughout Europe and North America was still a fledgling industry in Africa and the Indian Ocean, but with the opening of the Lambic Restaurant and Beer House in 2009 this was all about to change.

Located within an attractive colonial building in the capital Port Louis, Olsen’s original venture Lambic is a beer shop, beer-influenced restaurant, lounge and café, offering an ever-changing list of hundreds of imported beers. With a market mainly made up of locals and expats, it wasn’t long before the venue became something of a national institution; its success taking even Oscar by surprise. As a result, opening the country’s first microbrewery seemed a natural next step. 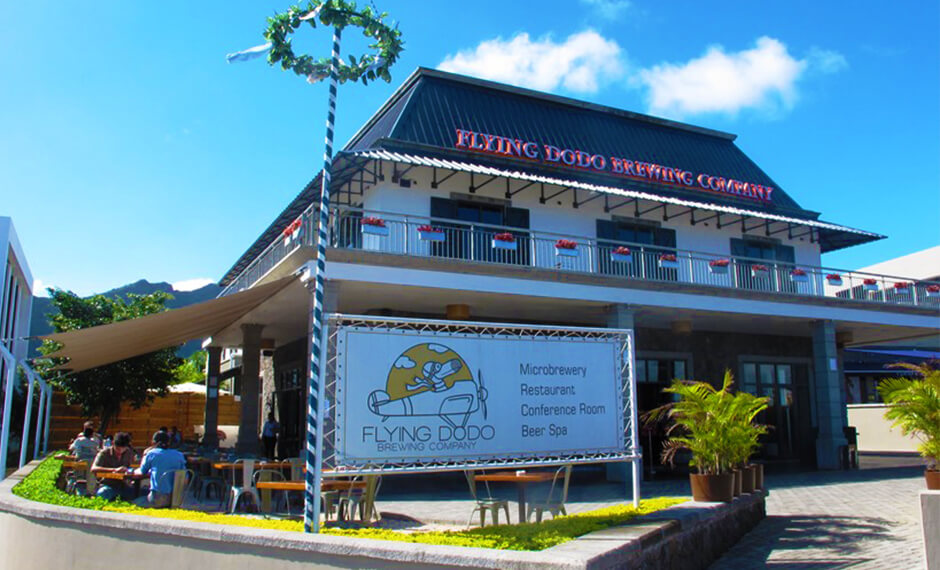 A couple of years later, the ambitious pioneer was ready to launch his next project and raise the beer-consciousness of Mauritius to a new level. The Flying Dodo Brewing Company opened its doors to the public in 2012 in a dedicated building next door to the Bagatelle shopping mall, and it didn’t take long for word to spread both locally and internationally about this vibrant new hub of beer culture in Mauritius. The venue was even featured by the BBC in 2014, which helped raise the profile of Mr Olsen even further, and bring him to the attention of other would-be brewery start-ups in East Africa and beyond.

For Oscar, this was all great news. As someone whose work is his passion, he couldn’t be more willing to export his experience and expertise to new craft brewing ventures in Africa; a continent where the multinational drink companies still loom large. The uniqueness of Flying Dodo in Mauritius is apparent on even the briefest of visits, from the buzzing vibe and bright, industrial-style interior to the educational beer descriptions and the transparency of the brewing process – quite literally in fact, as the mash tun is made of glass and stands proudly in the centre of the bar. If possible, visitors should try and coincide a trip to Flying Dodo with a brewing day – advertised in advance – to see the process in action. 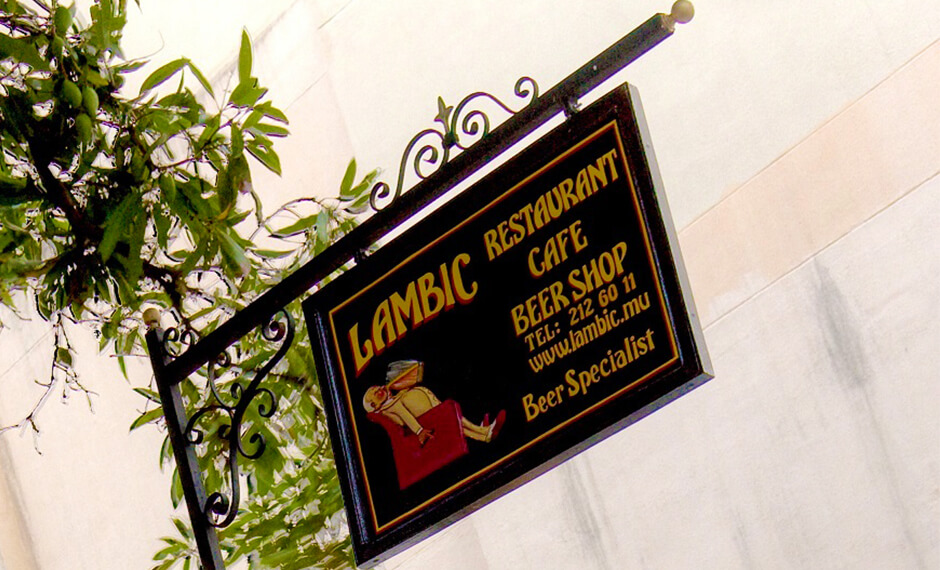 But most importantly, what of the beer? There are two permanent fixtures – a dry hopped blonde and a Belgian-style amber ale called Nation’ale – but for regular punters all eyes are on the special new inventions. Every month an entirely new recipe is brewed – never to be repeated – using only the finest raw materials available. Hops are imported from as far away as New Zealand, USA or all over Europe, and the malt comes from Bamberg in Germany, a medieval city in Bavaria famous for its malting companies and speciality smoked beer.

This willingness to experiment with ingredients, flavour and technique is what sets Flying Dodo apart, coupled with a beer-infused menu and quirky one-offs like the gigantic glass-walled beer bottle collection and basement level ‘beer-spa’. Yes, you can even soak yourself in the stuff if you’re so inclined.

And it’s certainly done Oscar Olsen no harm in getting noticed. The entrepreneur now has a partnership with trendy Mauritian hotel brand LUX*, whose CEO Paul Jones wanted to bring in specialists from various different fields to enhance the experience of hotel guests. Starting at LUX* Belle Mare, Flying Dodo Brewing Company designed a bar where the craft spirit lives on and guests can sample some of its fantastic beers, including a very special Cuvée Lux* which has an espresso shot note and is whisky infused.

Ready for your next pint? Get your craft beer fix on your next trip to Mauritius. The beers may be niche but the ambition most certainly isn’t so be prepared to discover something you’ve never tasted before.