Guide to running in Mauritius 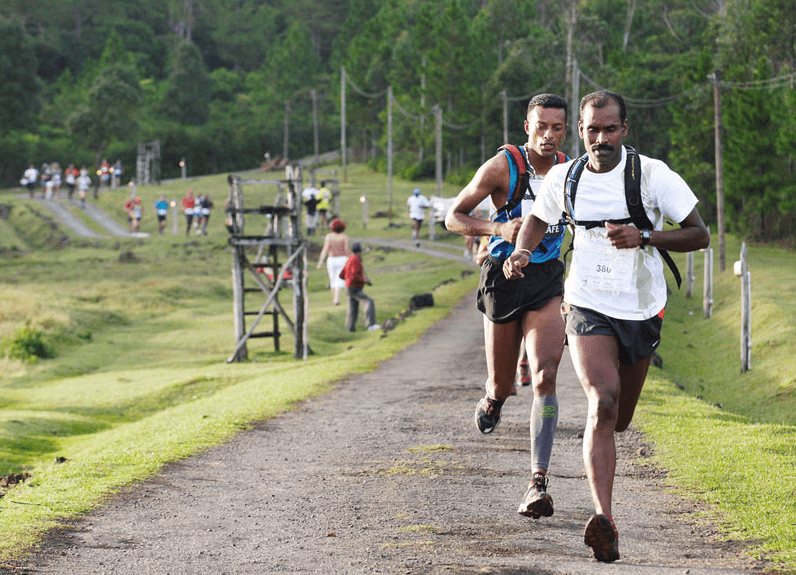 If you’re a runner at home – whether serious or just for fun – there’s no reason to hang up your shoes while you’re on holiday in Mauritius. In fact, rather than lazing away every minute on the beach, more and more people want to maintain their exercise regimes when they travel, and the best hotels understand how to help guests stay in touch with their fitness goals.

Personal training, customised programs and supplementary gym sessions are just a few of the ways your hotel will help keep your heart pumping while you’re here. And there’s definitely no need to stick to a treadmill when our glorious scenery is just waiting to be explored – just ask your fitness expert or a knowledgeable local for their recommended running routes. There’s nothing like a brand new run to give your routine a boost, especially in such beautiful surroundings.

Some hotels have taken running to the next level, even going as far as organising their own events and races. LUX* Resorts are leading the way, by putting their name to a number of challenging activities such as the Royal Raid annual mountain run, which is actually a number of separate races: an 80km run to be completed in less than 20 hours; a 35km run to be covered in less than 9 hours, and the shorter 15km Gecko Raid.

And because one race is never enough, LUX* are also an official sponsor of the Mauritius Marathon which takes in 42km of coastal roads alongside one of the island’s most beautiful lagoons. If you’re interested, next year’s race takes place in July.

Similarly, Heritage Resorts are sponsors of the Dodo Trail, an event which attracts new and experienced runners from across the world. The trail, which is 100% mountainous (including the island’s highest peak, Piton de la Petite Riviere-Noire) has earned itself the strapline 'From Hell to Paradise', so it’s not for the faint of heart.

A run for everyone

So what’s it like to run in Mauritius? Well, it’s certainly not all about technical ascents and extreme long distances. Everyone can enjoy the sport safely here, from the committed daily runner to the occasional plodder. The only factor to bear in mind is the climate: it can be very hot and humid, so if you’re not used to the tropics, consider running early in the morning, and always make sure you are well hydrated and know your route in advance.

If you’re the adventurous type who wants to venture beyond the immediate vicinity of your resort, a good place to start is the Wikiloc website, which is a massive crowd-sourced resource of the best outdoor trails in the world – including plenty of running, hiking and climbing trail in Mauritius – all searchable in map or list form, with plotted GPS points and elevation charts.

Whatever your level, you’ll find a run that’s right for you – and we’ll throw in the outstanding views for free.